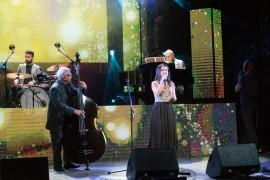 As a professional drummer, I play live music in pubs, clubs, weddings, and in clubs as a resident musician with music contract. My live music includes a wide range of different type of music, from Jazz, funk, pop, rock, blues, dance, hip-hop and so on.
Request a Quote
Share this Page:
Profile Views: 123
Report this profile

He just came back from China to Italy. He worked as a resident musician in “Hangzhou
Huanglou La Jazz Coffee Co. Ltd." (China).
-Born in Lanusei (Sardinia) on the 20th August 1991 and resides in Triei (NU) in Sardinia.
He began studying drums at the age of 12.
He started his first experiences as a professional musician with the rock band - ISOS - quartet with which he toured the squares and pubs of Sardinia.
With the same band he has ranked second in the NAMM IN TOUR competition, with an unreleased single.
He moved to Cagliari in 2012 to attend the "NAMM" music school where he studied ... with the Jazz drummer Alessandro Garau.
After a year at the NAMM academy, he is admitted to the Music University of Cagliari at the Jazz Drums
course and studies with Roberto Pellegrini and Roberto Migoni.
He has been the drummer in several bands within the Cagliari Jazz circuit. Drummer of the ensemble You Jazz, resident band in a Jazz club in Cagliari in 2014 and 2015.
He collaborated in the squares project for Pino Montalbano Production, as a chorister and percussionist.
He plays at the Cagliari Conservatory Auditorium at the fundraising concert coordinated by the International Actionaid Organization, sharing the stage with Alessandro Di Liberto, Nicola Cossu and Manuela Mameli.
He was the drummer of the only Jamiroquai tribute band in Sardinia.
He performed at the European Jazz Expo in quartet with Manuela Mameli on vocals, Paolo Carrus on piano and Matteo Marongiu on double bass.
With the same band he ranks in the final of the Andrea Parodi 2016 Award. (The only award dedicated to the World Music).
With the same ensemble he is invited to the auditorium of the Cagliari Conservatory for the concert at the Emanuela Loi Memorial. (Massacre of via D'Amelio – Mafia attack to Paolo Borsellino).
In 2016 - 2017 he attended the Jazz course at the "Akademia Muzycna w Poznaniu" academy in Poznań (Poland).
He recorded the single “Ho deciso così” along with Manuela Mameli, Luca Faraone, Alessio Zucca and
Matteo Marongiu.
In 2018 he was one of the expert teachers at the public primary school “Ferdinando Podda Institute” of Nuoro and in Triei, to hold courses dedicated to the Sardinian musical tradition of the project organized by the Sardinia Region, “Tutti a Iscol@”.
He played with: Massimo Tore, Paolo Carrus, Manuela Mameli, Enrico Mianulli, Alessandro Di Liberto, Luca Faraone, Nicola Cossu, Piero Di Rienzo, Mauro Mulas, Alessandro Atzori, Sandro Mura, Matteo Marongiu, Stefano Montalbano, Simone Belfiori, Rubens Massidda, Chiara Figus, Andrea Parodo, Massimo Perra.
He attended the masterclass with: Roberto Dani, Fabrizio Sfarzi, Enrico Bracco, Fabrizio Savino.
He studied with: Roberto Pellegrini, Alessandro Garau, Krzysztof Przybyłowicz, Stefano D'Anna, Alessandro Di Liberto, Carlo Franceschi, Roberto Migoni, Alessandro Atzori, Francesca Corrias, Achille Succi. 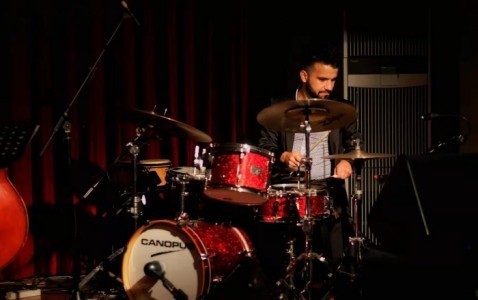 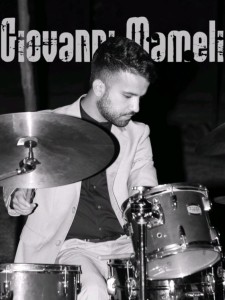 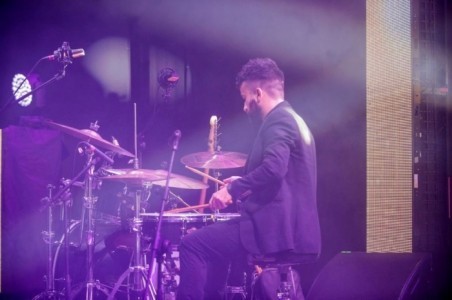 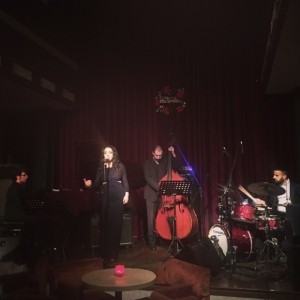