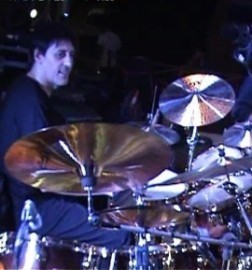 (no reviews)5.0
Country: Italy
Based In: Italy
Performs: Worldwide
From: Contact

Maurizio Spista was born in Nocera Inferiore, near Salerno.
Drummer / multi-instrumentalist, Arranger, , Composer , author ,,appreciated versatility and experience.
Over the years throughout his career, playing and working
tour and studio with producers, musicians and artists reference, studying, experimenting and practicing various musical genres and styles from Pop, Rock, Soul - R & B, Jazz, Blues, Funk,
to 'Ethno-Afro, to World Music, etc..
?
It Degree in Music - Percussion Instruments and Teaching of Music at the Conservatory "G. Martucci" (Institution of High Culture and Education M ... usical ) of Salerno, where he studied also Theory, Harmony, Solfeggio, History of Music, Piano Compl. and Composition. He obtained a Diploma in Drums and Percussion at C.S.M. (Center of Musical Studies) in Milan . has attended Course of post - graduate 2nd level . in Harmony and Jazz music at the Conservatory " San Pietro a Majella " in Naples.
?
?He improved himself by studying and working with Enrico Lucchini, Tullio de Piscopo and participating in various stage-seminars by Steve Gadd, Chad Smith, Billy Cobham, Peter Erskine, Vinnie Colaiuta, Greg Bissonette, Steve Smith, John Riley.
?
Since 1980, began his professional career working and collaborating on tour and study with various national and international artists known as Fausto le Ali, Riccardo Fogli, Francesco Calabrese, Dori Ghezzi, Tiziana Rivale, Lena Biolcati, Mia Martini, Aleandro Baldi, Righeira, Loredana Berte, Jenny B., Tanya Houston, Norma Jordan, DeeDee Jhons, Cheryl Porter, Antonella Ruggiero, Ivana Spagna, Little Tony, and many other
?
Took part in several television shows: "Under the Stars" (Rai Uno)
"Grand Prix TV" (BBC Three), "RAI TELEVISION 2" (Rai Uno with Pippo Baudo), "The Saturday Market" (Rai Uno with Luisa Rivelli), "Bath Beauties" (Channel 4 with G.Mastrota and eather Parisi), "Nice Rai Uno", "Festival of Naples."
He collaborates with the "Tiger Movie" and the creation of soundtracks for films including "Lose ourselves of view," directed by Carlo Verdone, production Cecchi Gori. He has written music and voice-overs for documentaries "Over Travel". It 'the author of music and theater including the play in music "Return to Atlantis".
In 1996 he writes and arranges the songs of the singer of Algerian origin "Hisabel Dhazir" welcomed by French critics as the best album of ethno-Mittel Europe
In 1997 he played with the orchestra conducted by Maestro-show Martelli accompanied by other artists, including Renzo Arbore and Marisa Laurito, Demis Roussous, Gloria Gaynor, and others.
In 2000 participates in the "Sound's Good Heineken Jazz Festival" with the big bands of George Evans, where he had the chance to play with Tommy Hunt, Steve Grossman, Bill Thomas, Jay Clayton, Paul Orta, Tanika, Tikarham, Bill Laswell, Ravy Coltrane, Jimmy Owens, Ray Barreto, Triloku Gurtu, etc..
In the same year he founded the project "Urban Funky-Jazz Project" began a long collaboration with Karl Potter, famous percussionist of New Jersey, icon ethno-Groove and world music International.
?
?He has taught at the premises of the C.S.M. MD Music of Milan and Bologna. He has worked with various productions and record labels such as "Dingo Music", "Sound Record", "Diddle Studios", "Top Record," "Free Sound", "Milano Music", etc..
He has had his work record including "SECRETS"-cd-instrumental "Walking in jazz", "Maurizio Spista and UFJ project".
He is currently engaged in artistic projects of various kinds, from jazz to funk, latin, afro, etc.. and including the project "African Drums and the ritmo Band in collaboration with Miriam Makeba FOUNDATION.
?
With the educational and cultural project-training "The Percussion: Djembe - Marimba - Battery" has been teaching seminars and lectures taking concert at Schools, Colleges, Institutions, Associations of national character.
It is art director of the Cultural-educational Musical "Art Music Academy" which he is the president, also taking art projects for cultural exchanges, particularly with the Associations "Sunu Art Spectacle" and "Golf North Production" in Dakar - Senegal - which include the most important musicians AND PERCUSSIONIST Nord Africans of GRIOT FAMILY SING SING.
?
?Recently between the various engagements collaborates with leading members of the Afro such " Mbalax " Style product by Youssou N'dour. 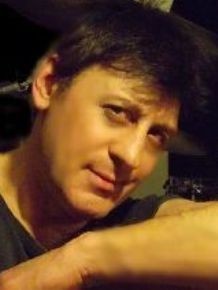