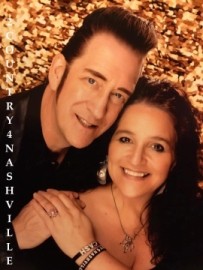 (no reviews)5.0
Country: United States
Based In: Franklin, Tennessee
Performs: Worldwide
From: Please contact for a quote.

2Country4Nashville is PURE ENTERTAINMENT! Performing over 300+ shows a year, and singing the songs of the great country legends themselves (and sounding like them too!), this internationally traveled husband/wife traditional country duo is GUARANTEED to please!
: 615-308-XXXX Click here to reveal
full number

When contacting this member, please state that you are viewing their Entertainers Worldwide profile.
Request a Quote
Share this Page:
Profile Views: 966
Report this profile

Jo-el & LeAnne Ulmer
are the traditional country music duo, “2Country4Nashville”
But just HOW do you become “too country for Nashville”? Their duo name came about when they auditioned for the 2nd season of the Nashville-based CMT (Country Music Television) reality country music competition, “Can You Duet” and were loved and complimented by the judges (Big Kenny, Naomi Judd, and Scott Borchetta), but were told they were actually just “too country”. They walked away disappointed, but Jo-el, who LeAnne says never gets disappointed in life’s turns, said, “Hey, at least we ... got a name from it all. We’re Too Country For Nashville.”
They decided to do a play-on-words since there were 2 of them, and from that their fun duo name, “2Country4Nashville” was formed. LeAnne is quick to mention that, “it is not meant as a slam against Nashville…we love our home town. But the Nashville music-industry “machine” that seems to dictate who gets played on today’s radio and what is to be believed to be good music is a different story! We play the style of music that is unfortunately not heard as much around Nashville today, but it’s STILL LOVED by so many! We’re just striving to keep TRADITIONAL style country music alive!”
Jo-el is hard to miss with his signature pompadour hairstyle!! (Something else you don’t see much of today either!) They both say it’s fun to walk into a venue to set up before a show and see people stare and even snicker at the couple’s “look”, especially Jo-el’s hair. “People will even stick around to see the beginning of our show just so they can confirm what kind of jokers we really are.” But LeAnne says as soon as they start their first song, it’s great to see those looks of ridicule turn into total acceptance and enjoyment! “Jo-el’s voice is just amazing. He’ll get you on the first note! I could listen to him all night long. Oh wait…I do.” ☺
And don’t think LeAnne doesn’t add her own talent to the show! People go on and on about her infectious smile and her sweet harmonies. She likes to meet and interact with the crowd. “We’ve met some of our now dearest friends from the audience! It’s the people connection that matters so much with us! And this kind of music will do that every time!”
Do you love to dance? With the 2C4N’s BIG, FULL & RICH sounds of Jo-el’s guitar and LeAnne’s ultimate percussion, you will NOT even miss having a full band for ultimate enjoyment or dancing!!! This duo gets folks up on the dance floor at every single show!!
Playing over 300 shows each year, the 2Country4Nashville duo have had the honor of playing all over the United States and internationally. They’ve represented Nashville at the annual The Hank Snow Tribute Festival in Liverpool, Nova Scotia for the past 3 years! February 2016, the duo traveled to Singapore/Asia, chosen to represent the U.S.A. in the 3rd Annual Miri Country Music Festival! 2016 also took the duo to Sweden to perform in the annual Live at Heart Music Festival. And the duo’s latest accomplishment has been a six-month contract with Carnival Cruise Lines entertaining on the ships in the Caribbean.
Their music is actively playing all over the world by DJs and radio stations in North America, South America, Germany, Wales, France, Ireland, Scotland, Canada, Australia, New Zealand, and many others! The duo also had their own very popular weekly Nashville-based radio show, “The REAL Country Music Hour w/2Country4Nashville” on WAKM AM950 and live-streamed throughout the world at www.wakmworldwide.com until their traveling took them on the road full time. Their archived shows are still a popular interest to many.
As the winner of the “Pure Country Duo” of 2016 in the American Western Artists awards, Jo-el & LeAnne traveled to Texas in March 2016 to perform at the AWA Awards Show and accept their award. They were also nominated for the AWA “Song of the Year” award for their self-penned, “Last Cowboy in Wyoming” song. The duo also won “Classic Country Duo of the Year” for 2016 in the Josie Music Awards held in September 2016 in Nashville, Tennessee.
Be sure and catch this very entertaining duo’s “Tribute to the Legends: Traditional Country Show.” Learn more about them and find out where you can catch their show by visiting their website at www.2Country4Nashville.com

We have and are able to perform over 2,000 songs in our current repertoire!!! We LOVE taking requests from our audience! We can please ANYONE!!! And we GUARANTEE it too!! We believe we are THE BEST, MOST ENTERTAINING live performing duo you will find!!! Now let us show you! 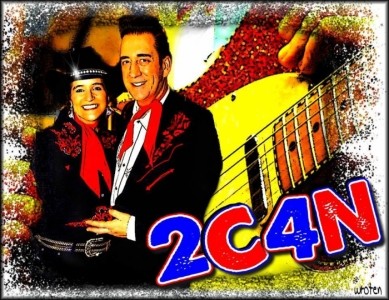 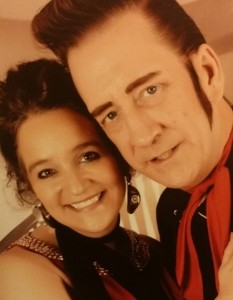 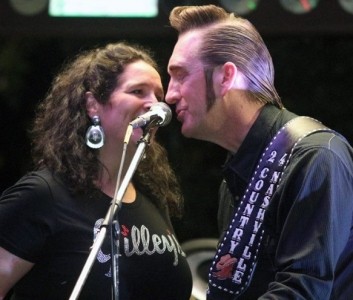 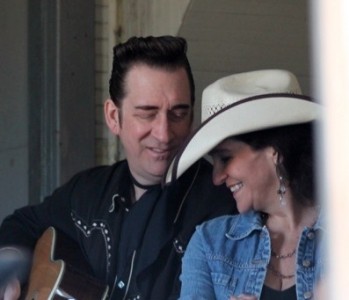 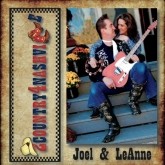 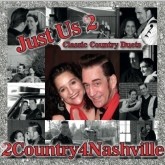 
Our 2nd CD, "Just Us 2". A compilation of 21 of our favorite classic country duets. (Plus a bonus track, "Like Johnny & June", written by LeAnne.