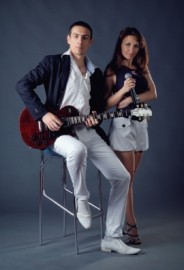 (no reviews)5.0
Country: Ukraine
Based In: Ukraine, Ukraine
Performs: Worldwide
From: from $1100 per person / month

We are a vocal/instrumental duo specialising in many music styles including pop, soul, jazz, blues, rock'n'roll & more! Based in Ukraine, available for UAE for Hotel entertainment, Cocktail Receptions, Gala Dinners, Lounge Parties for Long contracts.
Request a Quote
Share this Page:
Profile Views: 1158
Report this profile

ATL@S duo is not just the average duo, they are experienced performers with the ability to create a fun atmosphere in any place!
With a varied song-list constantly being updated, they have many vocal songs and instrumental guitar songs available.
We create the perfect atmosphere in any restaurant or lobby & add a real "Fiesta" to your party!

Vic Lazar - guitar and vocals.
He started his career from 16. Firstly at small parties, after - performances in United Arab Emirates.
4 years of experience singing in live bands in Ukraine and 3 years experience working in a band in UAE.
Juliana Lopanicenko - vocals
She has 10 years of work experience in many countries (UAE, Morocco, Singapore, Turkey, Ukraine) as a solo singer and part of a band. 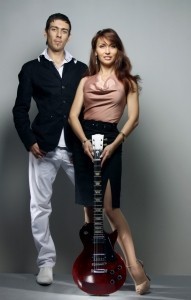 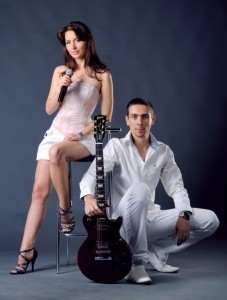 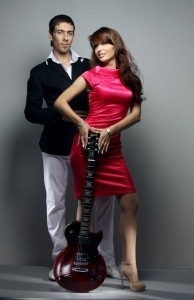 We are always looking for new opportunities as a music duo and also available to make a trio and for long term contracts.
Full CV, song list and all information available on request.