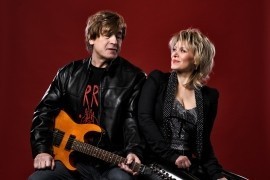 4
(no reviews)5.0
Country: Sweden
Based In: Sweden, Sweden
Performs: Worldwide
From: Contact

When contacting this member, please state that you are viewing their Entertainers Worldwide profile.
Request a Quote
Share this Page:
Profile Views: 1238
Report this profile

We are “ BRIGITT AND MR SWEDE” a modern top 40, jazz, pop, rock duo, live guitar and keyboard with backing tracks as well as an acoustic repertoire,

Hello,
We are “ BRIGITT AND MR SWEDE” a modern top 40, jazz, pop, rock duo, live guitar and keyboard with backing tracks as well as an acoustic repertoire,
here is our Bio and other info.
Members: Brigita Lupsa
Vladimir Turnsek
My name is Mike Turner a.k.a. Vlado Turnsek and I am a professional musician, former studio and session guitarist.
I have been working as a one-man band here in Sweden for 10 years in various pubs, restaurants and corporate events.I have also been working as a song writer and music p ... roducer the last 10 years for some new talent here in Sweden as well as in some other countries. I have a blues band " Mike Turner band " and we have been playing at blues festivals and clubs in Sweden, the band is currently not active. My history in music is quite long as i have been working as pro since late 80´s with several bands but mostly with my show band " Mike and the movies".We toured in Scandinavia, Cruises in Scandinavia ( With Brigitt at the time) ,Turkey, Greenland, Canary Islands..
Brigitt is a well known artist from Slovenia and has been performing with several bands in Germany, Austria, Italy and Switzerland where she won several contests and has also toured the U.S.A. with several bands .She also participated in the Eurosong contest in Slovenia with her own song "Light eternal flame". She can sing in english, spanish, italian,german, russian, croatian and slovenian.
Brigitt is an accomplished singer and showartist with a great voice and musical talent. and plays several instruments as well.
We have worked together for 2 years and have played at Las Vegas hotel Slovenia for 6 months, Hotel Arken Gothenburg Sweden, Danske Bank corporate event and DFDS Ferry Cruises for several weeks.
Brigitt speaks ; English, German,Russian and Slovene/Croatian fluently, as well as some Italian and Spanish.
I myself speak Swedish,Danish, Norwegian, English and Slovene/Croatian fluently.
We both have valid EU passports ( Swedish and Slovenian)
We both have valid driving licences.
We both have maritime medical certificates.
We are both non smokers, healthy and positive individuals.
Our repertoire is very broad and consists of : Jazz standards, latin, Blues, Country, modern Top 40, Pop and Rock. We have 400+ songs
My contact adress and phone nr. Vladimir Turnsek , Sidensvansvägen 48 , 43495 Kungsbacka, SWEDEN
Phone: +46705198011
Email. turnsekvladimir@gmail.com
https://www.youtube.com/watch?v=K1qS90MxHyQ
Our live Videos can be seen on Youtube: https://www.youtube.com/watch?v=-na1ix6wCSs
http://www.youtube.com/watch?v=2rnhgkdhHSo
We have also an acoustic lounge repertoire https://www.youtube.com/watch?v=MzewTFKWAeY
https://www.youtube.com/watch?v=YWZJDt-6RiU
Best regards Vlado T. / Brigitt and Mr Swede 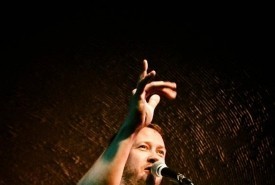 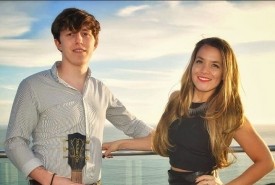 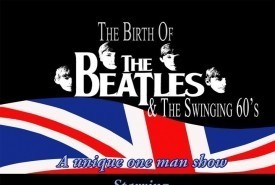