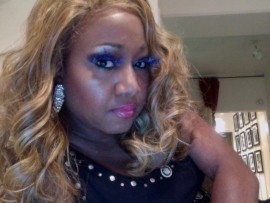 (no reviews)5.0
Country: United States
Based In: Henderson, Nevada
Performs: Worldwide
From: Contact

Hello, let me just take a moment of your time to introduce you to some exciting entertainers that you're missing out on for your special events.
There are a couple of different things my partner & I can bring to you. We have a headline act that appeals to a large audience young & old. An impersonation show where we do multiple characters at a high world class standard. We currently work for the world's largest tribute show Legends in concert. We have also worked for Norwegian Cruise lines. Between the two of us, a show would consist of Whitney Houston, Elvis, Aretha Franklin, Neil Diamond,T ... ina Turner, & Johnny Cash. We also perform as a duo covering classics of Jazz, R & B, Pop, Rock & Blues from the 50's thru the present. In some cases we have combined our contemporary duo act with the headline show. We would very much love the opportunity to work with you in the coming future.
if interested. Please send me an email. Hope to speak to you soon.

DeNita Asberry was born & raised in Detroit, MI. The church, school, and her mother were what inspired & catapulted her singing career. At the tender age of 8 is when she experienced her first standing ovation. At age 16 she joined her first professional band. When other kids were working at McDonald’s, DeNita were honing her skills in nightclubs, private parties, & festivals. At age 19 she joined the national gospel touring company of the musical “Momma Don’t” & “One by One”. She has also worked at Music & Orchestra hall and the Attic, Strand and Gem Theatres. Later she joined the ... national touring company of Beehive, which brought her to Las Vegas. DeNita has performed all over the world from Japan to Europe and every place in between. While in Vegas, DeNita has worked in Legends in Concert, Stars in Concert, Heroes of Rock & Roll, & Hail, Hail Rock & Roll honing her skills as an impersonator of Whitney Houston, Tina Turner & Aretha Franklin.
Will Mastromanno , singer songwriter & guitar player from Melbourne Australia. Will has been performing in Australia and overseas at clubs and venues such as the Hard Rock Cafe’, The Irish Times and Corporate and promotional events. Contemporary performances and the Theatre seems to be an even playing field for Will today, having the opportunity to use his experience & talent in both areas. As a well established entertainer, singer and guitarist, Will covers eras of the blues, jazz, swing, old school R&B, 50s & 60s rock and roll, rockabilly, soul, funk, and rock music.
As a singer songwriter Will was drawn to Neil Diamond and his legacy of world wide hits and influenced to form his 70’s Vintage tribute and pay homage to the Diamond Legacy. When performing as Neil Diamond , Will often uses his middle name Paul ... William Paul. 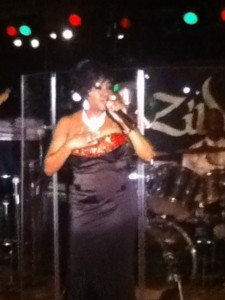 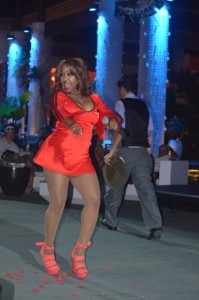 DeNita has shared the stage with Wayne Newton, Barbra Streisand, Gladys Knight, The Righteous Bros., Debbie Gibson, Rose Royce, The Doobie Bros, Bad Company, Kid Creole and the coconuts, Jenifer Holiday (Dream girls), Billy Porter (Grease), Louie Louie (Madonna), Sonny Charles, The Clark sisters, & Rev. Rance Allen. Acting credits with George Hamilton, Dorian Harewood (Sparkle, Roots: The Next Generation), Yvonne Stickney (New Jack City), Willard Pugh (Color Purple), Acousia Busia (Color Purple), Deseretta Jackson (Color Purple), Ernest Harding Jr. (The Jeffersons, White Momma, & Robo Cop).
...
Will's appearances and performances in Australia on the channel Ten network show “Neighbours “ with Kym Valentine and other TV shows such as Last man standing & music Industry events such as "The Green Room Awards".
Will has written a song that has been endorsed by the internationally known Make A Wish foundation. In support to bring magic & joy to children with a life threatening illness. Will performs his song live at the Make A Wish events such as Wish Day and Make A Wish national and International conferences. His biggest influence was radio disc jockey Stan Rofe (Stan the Man) who was to become Wills friend and mentor. Stan Rofe was an Australian legendary radio broadcaster who some may not be aware of, was Melbourne/Australia’s first Rock n roll disc jockey who broke down the walls by playing overseas music which others were too scared to play. So the live performances began with Will first hitting the Melbourne Rock n Roll, Rockabilly scene with his band, Red Hot & Blue playing 50's & 60's venues around town.