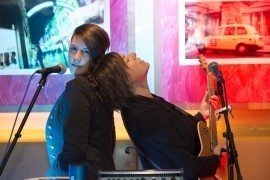 1
(no reviews)5.0
Country: Italy
Based In: Italy
Performs: Worldwide
From: Contact

Date of birth : 7 January 1983, Padua, Italy
From early on in life, Monica followed in the footsteps of her father (a tenor) becoming lead soloist in the secondary school choir.
She first hit the stage at the age of 13.
At the age of 14, she sang the first notes of “America”, and from then on was irreversibly hooked.
Monica would wear down her mother’s records as she mastered the music of the leading Italian female vocalist, “Gianna Nannini”.
Back at school, Monica won the critics’ award at the Venice Student Festival in 1999 and began to sing at a variety of venues.
I ... n 2000 she met the band “Logico” and formed “Verso Marte” (“Towards Mars”). It was here that she composed her first piece, “Inevitabilmente Tu” (“Inevitably you”), which she went on to present at the Festivalshow in the following year, reaching the semi-finals.
Subsequently, at the contest for “Best newcomers” in Contursi Terme, Monica won the critics’ award for two consecutive years with two songs by Gianna Nannini and was chosen to take part in the Castrocaro Terme Song Contest.
Monica was invited to sing at the World Wrestling final in Cava dei Tirreni, which aired on Sky.
In 2003 she took part in the Naples Song Contest, reaching the finals.
Monica continued to sing in her hometown area of Venice, performing at various events and venues until she met Filippo and Diego with whom she formed the “Fluido Sonoro Band” (“The Fluid Sound Band”), a full-fledged cover group.
The group played in pubs, at beer festivals, town fairs and weddings. A year later Monica embarked on a new adventure in the form of a musical duo, “Monica and Filippo”, which gave rise to a series of new tracks; “Lady mel” , “Che senso avrebbe” (”What sense would there be”), “Pazzia” (“Craziness)”, “Marta” and “La notte di Rebecca” (Rebecca’s night).
In 2008 a tribute band to Gianna Nannini was formed under the name “I profumo”, with Monica on vocals, Filippo on keyboards and other four musicians. While continuing to play as a duo, Monica’s new band also began to perform live concerts, discovering the exhilirating rush of adrenaline that only live performances can bring!
The period also saw the formation of another duo, Monica and Elisa; two totally different but highly complementary voices…there was immediate chemistry and magic between them. In 2008 they performed concerts at a variety of high-profile venues where they succeeded in combining the power of live music with the strong personality of their words, poetry and performances. In 2009, the duo, now known as “Naima”, was hired by the company “Costa” to perform on their cruise ships and it is here that they continue to work today.
Now ,Naima duet sings in six different languages ( English ,French ,Spanish ,Portuguese, Arabic.)and plays guitar djembè and little latin percussion.
The repertoire ranges from british and American evergreen, latin American, international melodic pop, country ,acoustic and dance 70-80.
Moretto Elisa
Elisa Moretto was born in Montecchio Maggiore on 07/08/76
and is resident in Via Spino 18, Creazzo in the province of Vicenza.
She gradutated from the Vicenza Conservatory of Music, A. Pedrollo, and from the High School of Music, after which she completed a four-year course in Music Therapy in Assisi. Elisa studied the piano as a complementary instrument while she was at the Conservatory; she also studied classical guitar, acoustic guitar and modern song in Vicenza and in Milan. She has attended various specialist courses, developing both her personal and professional skills: NLP (neuro-linguistic programming); courses in Authentic Movement and Dance Therapy.
During the winter, Elisa teaches acoustic guitar in several private schools in the provinces of Vicenza and Padua; she also proposes and develops itineraries for introductory music courses in primary schools and works as an internal specialist and external consultant in the production of shool plays and concerts. Elisa has also taken part in various theatrical and musical projects, assisted by experts in the field, and performed in the chorus of a production dedicated to Modugno, working with Luca Bassanese, a songwriter from Vicenza.
Elisa is a musician and now is one of two singers in “Naima”, a duo made up of two voices, guitar and small latin percussions. The duo’s repertoirs range from the more classical piano-bar pieces to more intense and livelier musical entertainment through a combination of both Italian and international songs.(evergreen , country ,latin, dance 70-80 ,acoustic..in six different languages (italian , english , french ,spanish ,portuguese , arabic ) 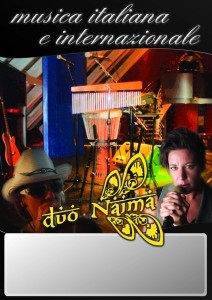 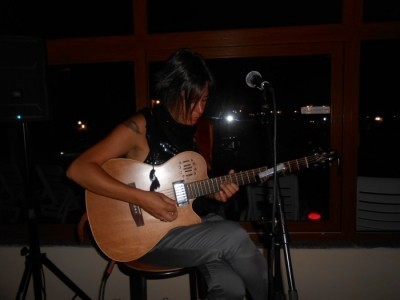 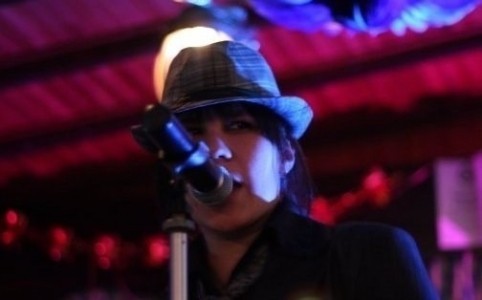 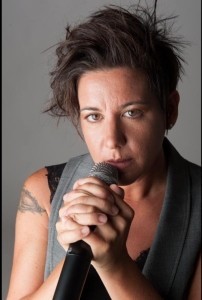 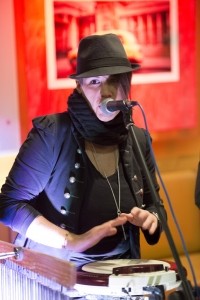 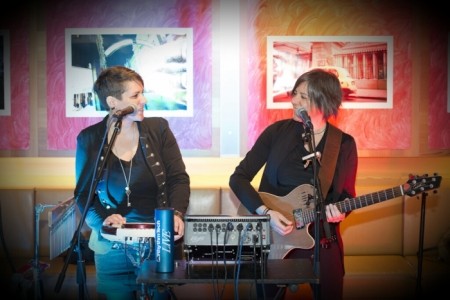