Working together for more than a decade, they have built a repertory of 300+ tunes from different eras and styles. Performing as a duet up to a full 9-10 piece band. After playing together for so long the result you get as a listener is a natural breathing of music.
Request a Quote
Share this Page:
Profile Views: 123
Report this profile

Eugenia and Nestor are playing together since 2006. As a duet they have played from concert halls, dinner galas, 5*star hotels and cruise ships, got enthusiastic reviews from guests and done returning contracts almost everywhere they have played.
They formed Music Soup in 2006. Under this name they have performed all around the globe in different band formations (from duet to large ensembles).
http://www.musicsoupband.com
In 2016 they released their first album “Cut To The Chase” in USA, (Chicken Coup/Summit Records), that got enthusiastic reviews from USA, Europe and Japan and extended ... airplay in jazz radios in USA, Australia, Greece.
The album was voted “Best Greek Jazz Album for 2016”, both by critics and people https://jazzonline.gr/articlesinterviews/interviews/item/3434-music-soup-interview.html?format=html⟨=en

Evgenia started to play the piano at the age of four and has been an active musician since the age of 13 years old, playing and singing for several groups, along with her classical training as a pianist.
Having played classical piano as a solist or member of chamber music ensebles, as a keyboardist in rock groups, but also greek and ethnic music she has an open minded taste in music and strongly beleives that Music is beyond genres, and "stylistic tricks".
She started singing jazz later on and she fell in love with the music and the freedom of interpretation, and from that point she ... decided to focus mainly on jazz singing and playing enriching it with all her previous experience.
Soloists Diploma (National Conservatory, M. Kalomiris)
Bachelor in Music Studies (National University Of Athens)
**** * ****
Nestor started playing classical guitar at an early age but was curious to see what was beyond that, so he decided to enroll at Berklee College of Music in Boston where he studied jazz guitar (Diploma on Professional Music), and had the opportunity to study with outstanding professors such as Ed Tommasi, Garison Fewel, Ron Savage and play with highly talented individuals from all over the world.
After finishing his studies at Berklee he took private lessons on Jazz Improvisation with Jerry Bergonzi.
Coming back in Greece after spending a decade in the US he plays either as a band leader or side man in jazz festivals, clubs, special events with various settings.
To name a few
Grecotel hotels and resorts (5* boutique hotel in Greece) May-October 2014 &2015
Shilla Hotels And Resorts (*star hotel, S. Korea) March-August 2016 ,August 2017-January 2018
Allure of the Seas (jazz quartet at Jazz on 4 & duet at the Central Park) January-July 2017
Best Workplaces Annual Award Ceremony , dinner Galla 2015
Sailors Night , dinner galla 2015
Christmas and New Years dinner & celebration at Grand Bretagne 5* Hotel in Athens ,2014
Half Note Jazz Club, Athens
Jacques Pelzer Jazz Club, Liege etc.
Royal Caribbean Cruises
Celebrity Cruises 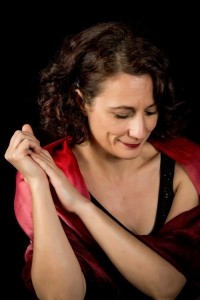 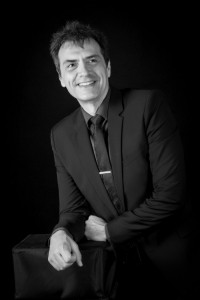 Eugenia and Nestor are capable and equipped with all the necessary musical and audio/video gear, to deliver music for virtual events. Whether it is a birthday party or an anniversary or any kind of event, we are happy to work with you creating the best mood for your event.