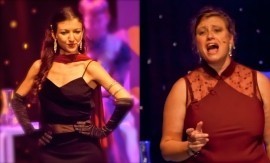 (no reviews)5.0
Country: Spain
Based In: Marbella, Spain
Performs: Worldwide
From: Contact

Forever Divas is a female duo of two of the best voices in the Costa del Sol. With their unique voices and a repertoire in four languages that includes all of the best songs interpreted by our favourite divas, they will make your event one to remember
Request a Quote
Share this Page:
Profile Views: 381
Report this profile

Forever Divas is a female duo of two of the best voices in the Costa del Sol. With their unique voices and enchanting harmonies, and a repertoire in four languages that includes all of the best songs interpreted by our favourite divas, they will make your evening or event one to remember.
Its repertoire ranges from classical, jazz, musical theatre to popular melodic ballads (Barbra Streisand, Whitney Houston, Celine Dion, etc.), and is a repertoire in four languages (English, Spanish, Italian, French).
They also have a dance section for audiences that want to dance (rock and roll, ABBA, 5 ... 0s, 60s, 70s, Latin, etc.).
It is the ideal option for any reception, wedding, anniversary, concert/theatre, corporate event, etc.

Forever Divas is a female duo of two of the best voices in the Costa del Sol formed by Catrina Helsby and Deborah Dee. After performing together in numerous shows at the Salon Varietes Theatre and other private events in these past five years, the two singers decided to consolidate themselves as a duo.
Forever Divas offers a repertoire in four languages that ranges through a wide selection of musical styles, from musical theatre, opera, jazz and other lovely melodic popular tunes interpreted by our favourite divas.
See below for a short biography of both singers.
CATRINA HELSBY
C ... atrina was born in England, discovering her passion for music and singing at a very early stage of her life. At the age of sixteen she started singing professionally in a number of clubs, hotels and cabaret bars round the North West of England.
In her early twenties she had a strong interest in musical theatre and gained a BETEC National Diploma and a LAMDA Gold Medal in Acting, as well as training her voice to be more suited to Classical/Musicals. Ever since then she has been professionally committed to singing, performing in different types of shows as a soloist singer, from cabaret to theatre, as well as in private events.
Catrina has been living on the Costa del Sol for fifteen years, where she has been able to continue her career as a singer in such venues as Bil Bil Castle, Benalmadena, and The Salon Varietes Theatre, Fuengirola, where she has already played numerous protagonist parts, as in “Oliver!”, “Jesus Christ Superstar” and “Beauty and the Beast”, just to name a few. More recently she turned her talents to directing with the successful thriller “Dangerous Obsession”.
DEBORAH DEE
Deborah Dee was born in Buenos Aires, Argentina, where she lived most of her life. Deborah began to sing and perform when she was two years old. Ever since then, she has explored different musical fields and styles, such as classical, jazz, tango and musical theatre. Deborah has sung with some of the best choir directors in Argentina, such as Néstor Zadoff and Miguel Ángel Pesce.
Multi talented Deborah played for several years as a clarinetist in an orchestra; singing as a soloist in numerous events. She has also sung in several productions in the most important theatres in the country, including the Teatro Colón (the most important lyrical theatre in Argentina) and before the Pope.
All of these invaluable experiences have greatly contributed to Deborah’s musical growth throughout her life. In the past years she has participated in two acapella vocal octets, which meant for Deborah a significant leap in her musical and vocal career. But perhaps her greatest passion is her participation in innumerable musical shows and the direction by Peter Mac Farlane. Some of her recent productions include “Chess”, “Guys & Dolls”, “Man of la Mancha” and “Zorba, the Greek”.
Deborah arrived five years ago to the Costa del Sol, Spain, where she has already played Peron’s Mistress in “Evita”, Julie Jordan in “Carousel”, Hope Harcourt in “Anything Goes”, Liesl in “The Sound of Music”, among others, at the recent productions of the Salon Varietes Theatre, as well as singing in multiple musical reviews. Deborah, moreover, performs as a soloist in other productions and private events, and has sung in some of the most prestigious venues of the Costa del Sol, such as the Hotel Meliá Don Pepe in Marbella, the Tamisa Golf Hotel, Mijas Playa Restaurant, the Bil Bil Castle in Benalmadena, among others.
Deborah has also recently released two CDs as a soloist singer entitled “On my own” and “S’Wonderful”. 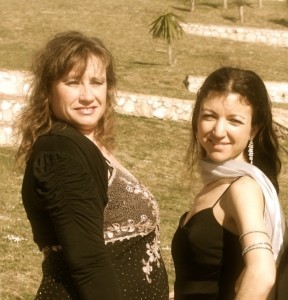 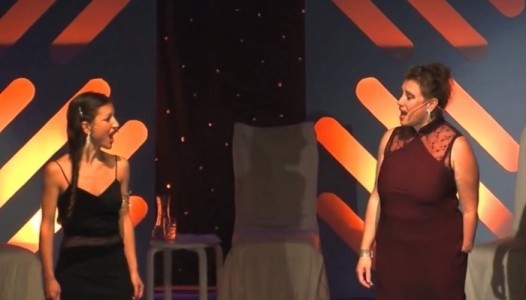 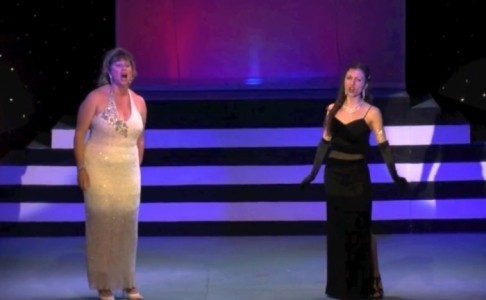 Request a Quote
Share this Page:
Click here to view all of our Duos on Entertainers Worldwide
Browse all Entertainment Hire options!