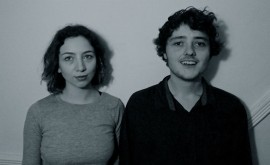 (no reviews)5.0
Country: United Kingdom
Based In: Manchester, North of England
Performs: Worldwide
From: Contact

Duo consists of the jazz and R'n'B influenced voice of Jayne Smee, and the jazz and blues influenced guitar playing and BVs of Rob Terry. Together we play songs ranging from 1950s jazz to 2010s pop, with everything in between.
Request a Quote
Share this Page:
Profile Views: 102
Need Help?
✖