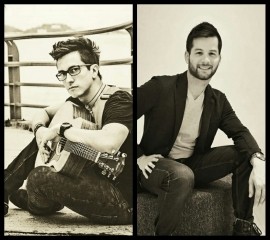 (no reviews)5.0
Country: Colombia
Based In: Bogota, Colombia
Performs: Worldwide
From: Contact

The performance includes a male voice-guitarist and a Pianist-DJ who plays the piano and creates beats with fresh and modern electronic sounds, and backing vocals. The repertoire is very versatile and includes a variety of hits from the 60s to the present days.
: +849256XXXX Click here to reveal
full number

When contacting this member, please state that you are viewing their Entertainers Worldwide profile.
Request a Quote
Share this Page:
Profile Views: 488
Report this profile

Ocean's DUO is the perfect musical experience for you. Our repertoire, with songs in english and spanish, is very versatile and includes hits of the 60s to the present days. It has a great variety of musical genres (pop, electronic, ballad, rock, dance, latin, etc.). The act includes the voice of Camilo Vesga, who also plays the guitar and makes a loop performance, plus the Dominican pianist Juan Henao, who also makes beats with a fresh and modern electronic sounds and backing vocals. All this results in an unforgettable experience for you to enjoy.

We cover a wide range repertoire-more than 200 songs in different styles.
If you need our song list and some recommendations, I can send you by email. Just let me know.

Juan Henao (Pianist/DJ):
Born at Dominican Republic in august 1985. He began to play the piano at the age of 8. At the age of 16 he started to study music at the National Conservatory of Music in Dominican Republic. On January 2006 he won the “Mazda Foundation Scholarship” for studying music at “Pontificia Universidad Javeriana”, where he gets his degree as “Master in Music and Sound Engineer”. Juan Henao learned from the talented pianist Ruth Marulanda (one of the most important pianist in Colombia) and Sergei Shickov (actual pianist of the National Symphonic Orchestra of Colom ... bia). He also worked making soundtracks for TV series and electronic music for audiovisual projects.
As a live performer, he played the piano for four years in “Andino” Mall, one of the most important in Bogota and many universities, museums, embassy, Jews community, Santa Fe Foundation among others. On 2014 he won the prizes to the “best short film” in Uruguay making the soundtrack of it. By now he’s working on his music project as DJ - Pianist making Tropical House and music for tv
Camilo Vesga (singer/guitarist):
He began playing guitar at age 14 on his own, influenced by rock, pop and indie music. After high school, he decided to study music professionally, with emphasis on sound engineering and commercial composition at the “Pontificia Universidad Javeriana”. He has worked in different Pubs BBC Bogotá Beer Company, Beer Classic Pub, George and Dragon Pub and important festivals around the city such as “Bogotá Ciudad Rock” and “La Mega Fest”.
In 2007 Camilo started making his own music leading him to make his personal project called “VESGA” (funk-pop). He has work on several Audiovisual Projects composing the music and constructing the sound composition.
In 2015, he joined the cruise life by working as the lead singer of the party band “Leal Quintet” in the beautiful “Star Princess Ship” of the Star Princess Cruises.
He is currently working at “Tramonti Restaurant” (Bogota, Colombia) and also making music for a TV series and teaching guitar. 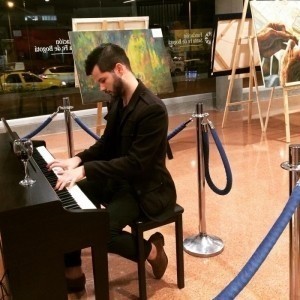 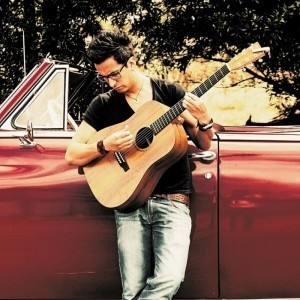 Camilo Vesga was the lead singer of the party band "Leal Quintet" at the Star Princess Cruises (2015).