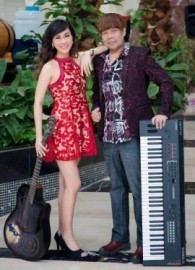 (no reviews)5.0
Country: China
Based In: Jiangsu, China
Performs: Worldwide
From: 元1500

The Kolourz Duo is a Filipino duet who have Traveled and performed at various entertainment venues.They have warmed many hearts with their rendition of commercial and lounge bits. They have a splendid variety of repertoire and interact well with their audience.Together
: +861518044XXXX Click here to reveal
full number

The Kolourz Duo is a Filipino duet who have Traveled and performed at various entertainment venues.They have warmed many hearts with their rendition of commercial and lounge bits. They have a splendid variety of repertoire and interact well with their audience.Together they perform a variety of music from Lounge Standards, Country Western, Light Jazz, Latin and Top 40 Ballads.With a good mix of fine soothing piano, guitar, harmonica sounds and voice, they make a perfect team for any music lounge.

Edwin, vocals, piano & guitar has been around in the top hotels and exclusive resorts has a distinctive style and charisma with the ebony and ivory keys. He has been performing professionally for more than twenty years. This gentleman has collected enough experience and plays with great feelings to keep the audience relaxed and to enjoy his performance. He plays the good old Standards, Country Western Top 40 Ballads, Pops and Sentimental jazz He has good vocal capabilities and takes the microphone to entertain the audience requests.
Edwin is an easy going guy and neatly attired whenever he i ... s on stage.
His first choice is to keep his audience well entertained and you can count on him to set the evening with exquisite lounge music.
Sarah, lead vocal, guitarist and harpist. She charms the audience whenever she takes on the mix to belt out the numbers. She covers a wide range of repertoire from Standards, Country Western, Evergreen, Rhythm & Blues, Jazz and Top Forties commercial Hits. During her performances she breezes through her songs with ease and is able to interact with her audiences very well. This lady has a soothing voice which she utilizes excellently on stage. This songbird has a strong vocal capacity which can handle a variety of songs. She has that friendly personality which makes a person feel at ease on and off stage. 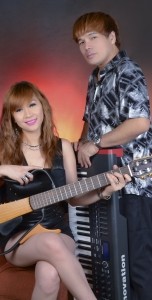 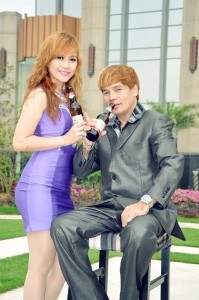 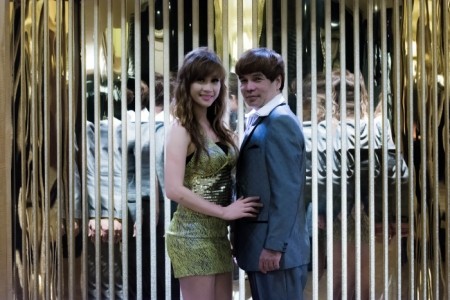 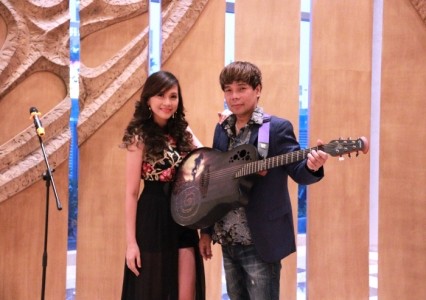 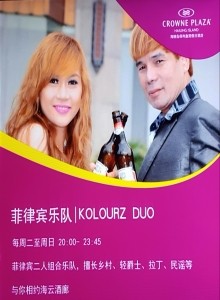