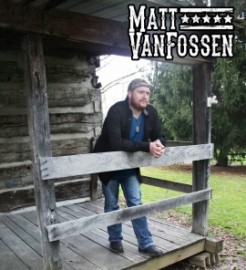 (no reviews)5.0
Country: United States
Based In: Lexington, Kentucky
Performs: Worldwide
From: Please Contact for a quote

When contacting this member, please state that you are viewing their Entertainers Worldwide profile.
Request a Quote
Share this Page:
Profile Views: 440
Report this profile

We provide an Acoustic show that is high energy and engaging. I have my own original songs as well that can be added to the mix. We also have a full band available as well.

Matt VanFossen grew up in a small northern West Virginia panhandle town with one dream in mind — to become an entertaining country music artist like his idol Reba McEntire. At a young age, VanFossen would belt songs in the living room while singing radio hits of the 1990s. It wasn't until high school where VanFossen learned he could actually sing. He credits this to his high school choir teacher and recalls many times hearing the words “sing out VanFossen.”
After high school, Matt would continue to dream about the day he could perform for thousands of music enthusiasts. Life took hi ... m away from the Ohio Valley for a short period of time after graduating only to return with a fire inside to achieve his dream.
In 2009, VanFossen entered the recording studio with original music for the first time. His first album would garner minimal success until the release of “Time Ain’t What It Used To Be.” This anthem made its way to radio and landed at number 76 on Wheeling, WV’s WOVK year end countdown and landing him as the second most played local artist of the year.
Riding a high of his first album’s success, his career was sidelined in 2010 when tragedy struck. Matt’s number one fan, his mother Dorothy Shepard, passed away from a massive stroke. “Time Ain’t What It Used To Be” played on the radio as Matt reached the hospital to say goodbye to his mother — a sign that he feels was her telling him to never give up. Losing his mom left a huge hole in his heart and changed the landscape of his music career forever.
After taking time to mourn the passing of his mother, Matt found the strength to continue the path of making their dream come true. “I Didn’t Come Here To Lose” was released in early 2012 garnering rave reviews and began taking his career into the limelight. “Almost Stopped Dreaming” and “This Time Around” singles marked the very first time he broke into the Mediabase country charts landing just inside the top 100. That success catapulted his career and VanFossen was invited to join the main stage lineup for “Jamboree in the Hills” in 2013. Matt has since had the opportunity to share the stage and open for many national touring artists including Miranda Lambert, Tim McGraw, Brooks & Dunn, David Nail, Neal McCoy and more.
In 2013, he headed back to the studio and began work on his third studio EP to be released in early 2014, Boom. The title track “Boom” led the way from the album taking smackdown competitions three weeks in a row against artists like Colt Ford, Dolly Parton and Jana Kramer. Shortly thereafter the “Close If It Ain’t It” was release marking it as his highest charting single making its way into the 60s on Mediabase country charts.
Now, fast forward to 2016. A Kickstarter campaign was launched in early May to fund his first full length album and ended almost ten percent over funded thanks to loyal fans. During that time, a brand new single “Where You Gonna Run To Now” was leaked to fans to get a taste of what is to come (targeted release fall 2016). The passionate single about a person who runs from their problems officially hits airways this summer. 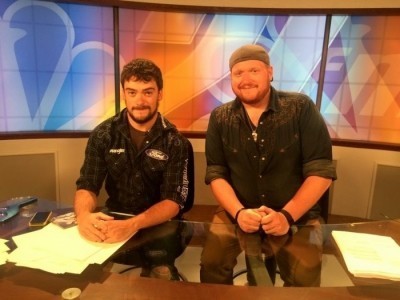 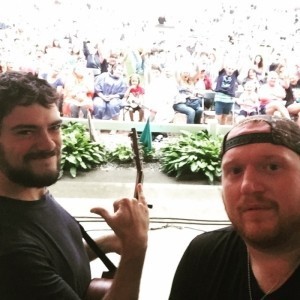