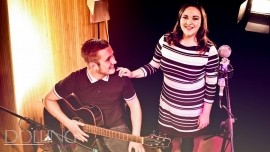 North Cho is an acoustic duo made up of Kate Lavery (vocals) and Kieran Kirby (acoustic guitar). They perform covers of popular songs ranging from the 1950s to present day. Artists covered by them include Oasis, Coldplay, Elvis Presley, The Beatles and many more
: 0778971XXXX Click here to reveal
full number

When contacting this member, please state that you are viewing their Entertainers Worldwide profile.
Request a Quote
Share this Page:
Profile Views: 307
Report this profile

North Chord are an acoustic act that have a great deal of experience performing in a variety of venues and for many different audiences. Regularly performing in Brighton Music venues as part of the night life, they have built their repertoire based on the response that they have built an impressive and crowd pleasing repertoire. The more well known the songs, the better.
The duo have been performing together for just over five years now and compliment each other perfectly. With Kieran's rich, warming and skillful acoustic guitar skills and Kate's resonant, smooth and powerful vocals the pa ... ir make a strong duo when they play music together.

Kate and Kieran met when they both began attending BIMM in Brighton (British Institute of Modern Music). They have each been playing live music since their early teens earning them a collective 17 years experience between them
Kate is originally from the small North Yorkshire seaside town of Whitby. She began performing with a small folk covers band playing in local cafes and small venues from the age of 14. At the ago of 18, Kate moved down to Brighton to attend the British Institute of Modern Music to better her skills and chances at making a rewarding career in the music industry.
Ki ... eran moved to Brighton from the city of Leicester. After first picking up a guitar when he was only 8 years old, it was around 10 years later that he began playing professionally. Since then he has accompanied talented performers such as Molly Smitten-Downes and Becky Hill who are finding great success in the music industry at the moment. 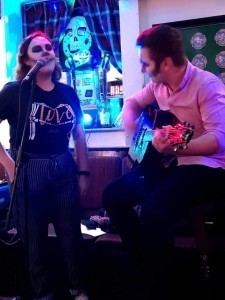 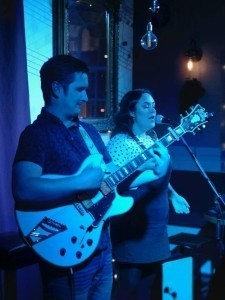 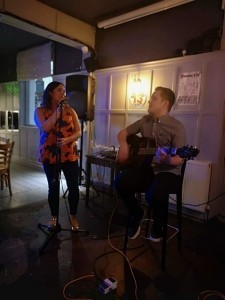