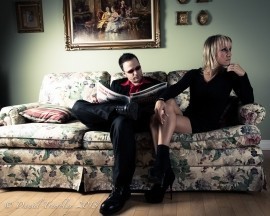 (no reviews)5.0
Country: Canada
Based In: Drummondville, Quebec
Performs: Worldwide
From: Monthly from 4400$ to 5000$ USD depending on conditions and schedule

Piece of Cake; the name says it all ! Everything is easy for them ! Sandra sings all the songs and can sing in 6 different languages and is always up to the challenge of learning customer's requests ! They can easily feel what their guests like and give it to them ! Although party types of crowd are their specialty, they also can play as quiet as a lullaby if needed ;-)
They are equipped with wireless soundboard which allows them to play anywhere cable free !

Straight from Drummondville, Quebec, Sandra (singer and band leader) along with Alex (guitarist and muscial director) have been performing in bars, restaurants and private events together across the province of Quebec for 4 years.
In April 2014, they started leading a 7 pieces band with which they played in the Kingdom of Bahrain from October 2014 until Ramadan 2015 (June 20th, 2015) for a total of 171 shows ! They were extended 2 times as the initial contract was for 3 months. They also played at Bushido restaurant as well as Four Seasons Hotel Bahrain Bay as a duo during this period.
... Four Seasons hotel Bahrain Bay enjoyed the experience so much that they hired them exclusively from September 17th for a period of 4 months and extended the contract until Ramadan 2016 (June 7th, 2016) for an estimated 173 shows.
Their strong vocals and their flexibility in terms of music genre will definitely please everyone. Either pop, rock, blues, latin or jazz, they do it all in their very own acoustic way ! 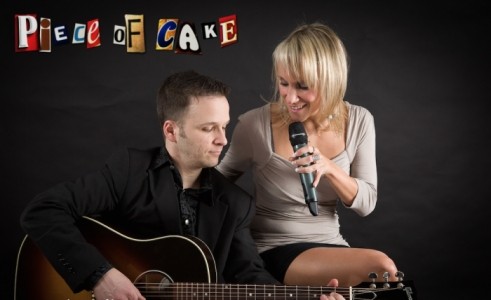 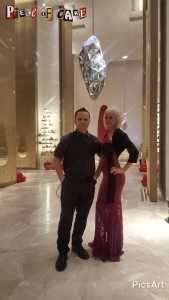