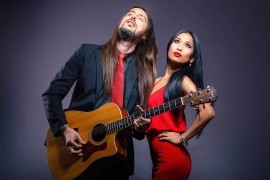 (no reviews)5.0
Country: Argentina
Based In: Argentina
Performs: Worldwide
From: Contact

Santiago Periotti is a singer, guitarist and songwriter from Santa Fe, Argentina. He has performed his music throughout the world for more than 15 years, touring Mexico, Ecuador, and Australia, among others.
: +549342449XXXX Click here to reveal
full number

Kimberly Alexis
Kimberly Alexis is an international vocal sensation regarded as this generation’s Tina
Turner.
She is a versatile vocalist, entertaining audiences from Australia to Japan, Europe to
the USA and everywhere in between.
From humble beginnings in Tokyo, Japan Kimberly now calls Brisbane, Australia home.
This singing diva takes audiences on an amazing journey through music history,
delivering the best-known hits of our time.
Kimberly is excited about connecting with music lovers of all styles, offering unlimited
passion in each and every show. Audiences come away feeling ... as though she has
performed just for them.
Kimberly's unique style gives audiences the feeling of hearing their favorite hits for the
first time every time.
Since the beginning of 2015 she's been a popular headline performer on the P&O
Cruise Line's "Pacific Dawn". Looking ahead, Kimberly is excited about plans to perform
around the world and record an original album.
In the first half of 2017 she will be on a performance and songwriting/recording tour of
South America and Australia performing duo with Santiago Periotti from Argentina.
Santiago Periotti
Santiago Periotti is a singer, guitarist and songwriter from Santa Fe, Argentina. He has
performed his music throughout the world for more than 15 years, touring Mexico,
Ecuador, and Australia, among others.
He is characterized by a Blues/Rock sound, but he ventures into other styles like Soul &
Pop music through a vast repertoire of cover songs. In this capacity he has entertained
audiences on cruise ship and in hotels, casinos and bars, as well as at international
festivals and large venues throughout Latin America.
He has 5 album releases under his belt being musician and producer. Currently playing
with Kimberly as acoustic duo performing in Australia and throughout the world. 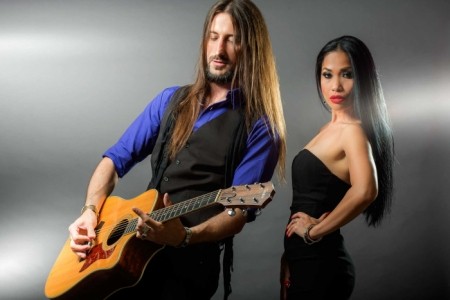 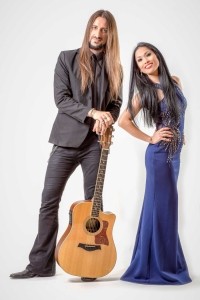 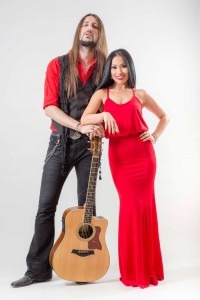