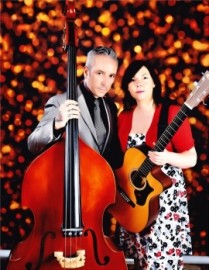 Acoustic Duo Soul Food Cafe is the husband and wife team of Angie and Rob Turnbull. Starting off together in 2007 as original recording artists they gradually moved across to acoustic music and performance. Since then, they have been delighting a
Request a Quote
Share this Page:
Profile Views: 264
Report this profile

Acoustic Duo Soul Food Cafe is the husband and wife team of Angie and Rob Turnbull. Starting off together in 2007 as original recording artists they gradually moved across to acoustic music and performance. Since then, they have been delighting audiences with their musical interpretations and original arrangements of classic songs covering a broad and eclectic range of Soul, Swing, Lounge Jazz, Reggae, Pop and Rock N Roll.
Between 2010 and 2014 they performed in many prestigious venues and hotels touring Portugal, Spain, France, Belgium and Italy as well as extensively in the UK. They love to ... perform in front of audiences and in 2013 they performed 250 live shows including charity events as well as recording an album of entirely original music with London based Hip Hop Reggae band “Frenglish Connection”. This year they spent three months in the Caribbean working as a Lounge Duo for Carnival Cruise Lines, and in-between times continuing their day to day work playing at weddings, parties, private functions and corporate events.
Angie’s vocals cover a wide range of styles from the powerful vocal divas like Aretha Franklin and Tina Turner to the delicate whispers of folk and acoustic artists but always presented in her own unique style. She has worked as a session singer for The BBC, Maida Vale Studios, Elvis Costello, Sheryl Crow and Rob Da Bank amongst others while being signed to the record label Rough Trade. She also can be heard on many dance tracks including working for top Pacha / Ministry of Sound DJ Dan McKie and Claude Von Stroke. She graduated from Newcastle University with a Masters Degree in Popular and Contemporary Music, following this she set up her own production and songwriting business called “Now Hear This Music” that provides music for film and media.
Rob has been playing bass guitar since he was fourteen, completely self taught, that’s thirty years this August! Having always played original music in his own groups Rob found success in his late teens and early twenties in the punk groups Crane and Leatherface, supporting many recording acts from America including Firehose, Die Kruetzen, Fugazi and Soul Asylum. Part of the flourishing Newcastle scene at the time, Rob recorded albums of original music with various groups, acquiring radio airplay, press admiration, and most notably, recognition from the late great John Peel. Having always had an interest in Jazz, Rob has recently taken up the double bass, and this has greatly improved and expanded the sound and repertoire of Soul Food Cafe. Happier now playing Nina Simone than The Sex Pistols, Rob’s bass provides the perfect rhythmic & melodic counterpoint to the incredible vocal talent of Angie Turnbull. 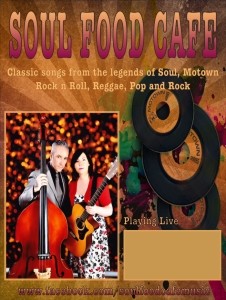 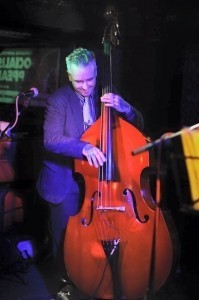 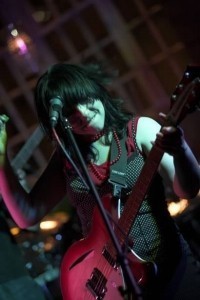 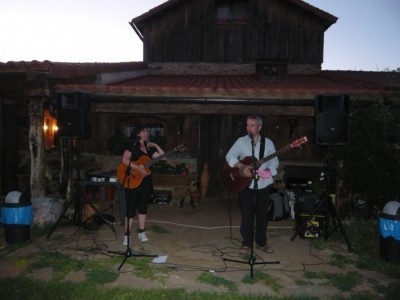