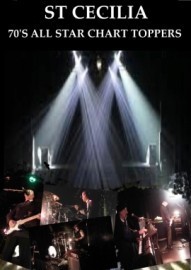 St Cecilia have been Number One in 14 countries around the world. Outstanding party night act with dance floor fillers from 60's to recent charts. 28 Albums over 400 singles on worldwide download and signed with One Media PLC.
: 0787332XXXX Click here to reveal
full number

St Cecilia have appeared all around the world since the 1970's.
Eamonn is also former member of the famous Freddie + The Dreamers.
Woody from the hit band Racey who topped the charts with " Some Girls Will "
The Saints " leap up and down " Wave your knickers in the air launched them as an original party band now duo. 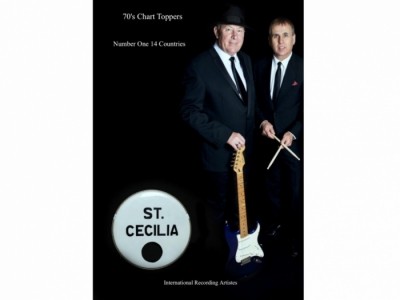 Over 40 years in Showbusiness performed at The London Palladium. Top of The Pops. Summer seasons.
The Rock With Laughter Show.UK Theatres and Holiday Parks

Too many to mention

This act is adaptable for most functions and venues.