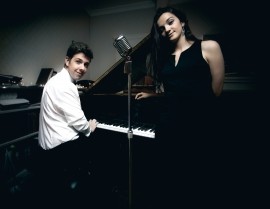 (no reviews)5.0
Country: United Kingdom
Based In: London
Performs: Worldwide
From: Contact Us

Looking to add some class to your event? Vincent and Valentina are a piano and vocal duo specialising in classic Jazz covers such as Ella Fitzgerald, Frank Sinatra and Nina Simone.
Request a Quote
Share this Page:
Report this profile

Vincent and Valentina are a jazz duo based in London. Their set list is a mellow blend of jazz, lounge and easy listening with the likes of Frank Sinatra, Ella Fitzgerald and Nina Simone. Dressed formally, they bring class and elegance to their live performances. With an extensive repertoire, they are perfect to have playing at weddings, bars and hotels. They do great for themed nights such as 'Chicago', 'La La Land' and '1920s'.
The duo also play pop tracks rearranged in a jazz style. The duo can also learn a tailored set list for an additional fee.

'Vincent' and 'Valentina' are both recent graduates of the Academy of Contemporary Music in professional performance. Vincent has ABRSM grades 1-4 Classical Piano, 1-5 Jazz Piano. They both have grade 5 music theory.
They both have years of live experience. Starting from early ages, Vincent featured in many school recitals and was the lead pianist in A Little Jazz, Saint Bedes Big band. Valentina was part of several musical groups growing up and both the elementary and secondary choir in school. In their later years 'Vincent' went on to play the Reigate Redhill Music Festival five years i ... n a row where he won several honours and merit certificates for his piano playing. Currently, he plays live with two groups. 'Valentina' is also involved with two other musical projects. She has played with them at the Cambridge Folk Festival, Always the Sun Festival and The Troubadour, both have played Ronnie Scott's on separate occasions. 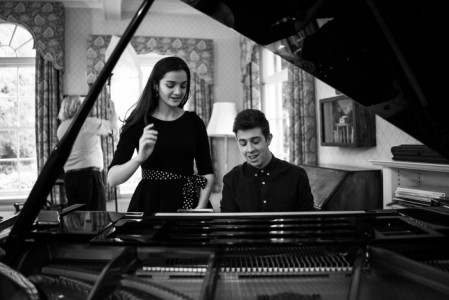 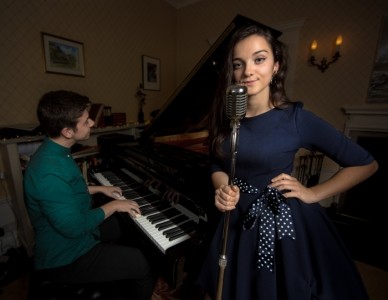