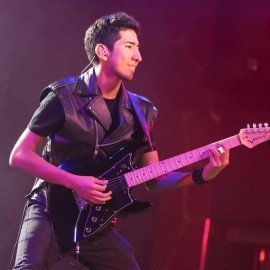 I'm a guitar player that have experience with partyband and rockband in cruises and also on land. I have played different styles of music like motown, Funk, Disco, Rhythm and blues, Rock and roll, Rock from different periods of which I have an extensive repertoire.
Request a Quote
Share this Page:
Report this profile

I'm a guitar player ready to join a band and play a wide repertoire in Motown, Disco, Funk, Rock, R&B, Soul and Rock and Roll.

I started to play the guitar when I was 12 years old. From that moment I have been attending different teachers from whom I have learned from technique to music theory. I gave my first concert when I was 17 years old. I have been playing guitar in many groups and also the bass for entertainment purpose. From 2015 to 2017 I was studying in Escuela de Musica Contemporanea (EMC – Berklee) to deepen my musical knowledge. From 2017 to 2019, I worked for Carnival Cruises as guitar player of the rock band. I did 3 contracts playing and traveling around the Caribbean sea. Between contracts, during v ... acation when I was in Argentina, I joined different band as a guitar sessionist. 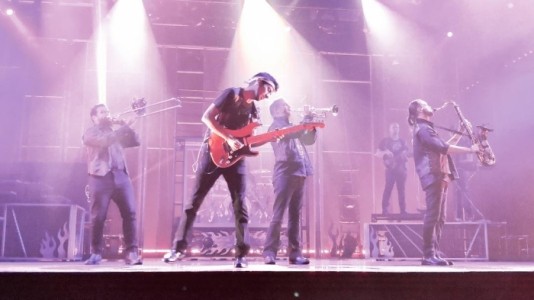 Ivan Castro Gomez - Electric Guitarist - Event Location: Carnival Magic Cruise - Carnival Cruises Event Type: Rock Band-Guest Entertainment 19th January 2019
Ivan has been an important member of Vitamin Sea band since his first day of rehearsal at Carnival Studio. Ivan is a great guitar player with excellent technique, good time, knowledge of different sounds, effects and patches used in the rock band's repertoire. Ivan is a good soloist and does a good job when improvising. He also knows signature solos such as "Hotel california" and "Sweet Child of Mine" and performs them flawlessly. His engaggement on stage is great and he is always moving and dancing. Ivan contributed several great ideas for arrangements and specific engagement moments during our rehearsal period. These contributions are enjoyed by our guest on a consistent basis.
Reviewed by: Ryan Cameron - Musical director