When contacting this member, please state that you are viewing their Entertainers Worldwide profile.
Request a Quote
Share this Page:
Profile Views: 379
Report this profile

Eclectic lead guitarist performing own compositions as well as all genres, pop, rock, blues, funk, folk, latin, captivating his audience with the virtuosity of his electric and acoustic guitars, providing strong lead and rhythm.
Experienced playing with bands as a session guitarist and band member, he plays as well with his own band realizing venues in many countries, he has got as well a strong experience playing in studios.

Being a talented and multi versatil singer/songwriter, he’s also a producer, able to compose from unique soundtracks to latin, pop, alt rock, electronica, funk, blues and even ethnical tracks. Used to work in professional recording studios with bands as well as recording his own songs, he’s able to bring the magic out of the studio, recording live sessions as well as virtual instruments.
Used to larger public, he realized over 200 venues performing at festivals all over Spain, some of them with an audience over 2000 seat. He performed as well at the COP 20 (Climate Change Conference) i ... n Lima and the “El Genaine Theatre” in Cairo, Egypt. The songs of his band are being broadcasted on Peruvian radio and TV. Lately his band has been introduced twice on national TV Channel, TV Peru, where two
of his video clips reached a potential public of 30 million habitants. His instrumental cues are being licensed on TV shows and documentaries – DISCOVERY CHANNEL - MTV CATFISH. Recently he got an exclusive live interview in Luxemburg RTL Talk Show LIVE PLANET PEOPLE. 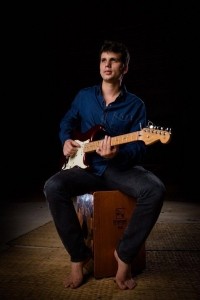 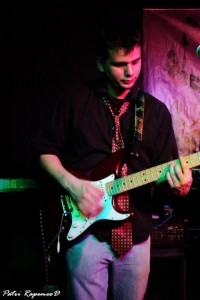 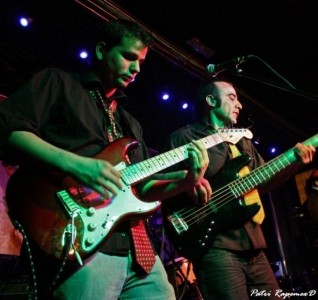 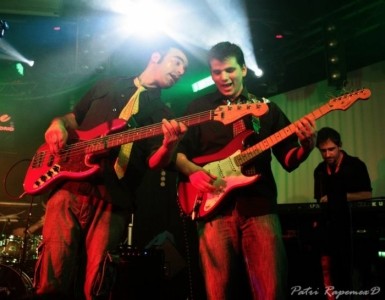 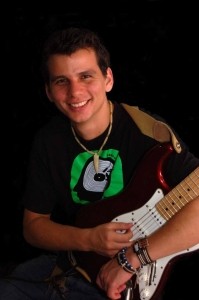 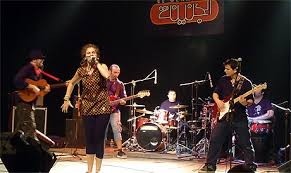 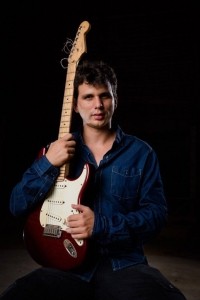 Nassu - Electric Guitarist - Luxemburg, Spain Event Location: El Genaina Theatre/Al Azar/Cairo Event Type: Venue 13th August 2011
Great kick-off for Ramadan international concert series at El Genaina TheatreAra Musa Honra, a Spanish-based band with an eclectic resource of Funk, Reggae, Flamenco and Latin music, kicked off the Ramadan international concert series Dahlia Ferrer and Ati Metwaly, Saturday 13 Aug 2011 “This is their first concert outside of Spain,” says the hostess as she introduces the band Ara Musa Honra. The group kicked off the Hayy Festival at the Al-Azhar Park Thursday night. The Hayy festival will be hosting more international concerts. Ara Musa Honra entered the Egyptian scene at the Genaina Theatre with a Reggae and Funk base that often switched into Flamenco Rumba, and even occasionally surprised the audience with everything from Afro-Cuban rhythms, Cumbia to straight-up Cha-Cha. This is what they call mestizaje, which is a word usually related to the mixing of ethnicities, and therefore cultures. With an international band - an Argentine bassist, Alejandro Veiga; a stand-out electrical ... guitarist from Perú, Nassu Bowe; keyboardist, Gerardo Santiago; a high-energy Spanish guitarist Enrique Redondo; Aracel Muñoz as lead singer and last, but not least, the percussive team that made them just jam so well: drummer Juan Pedro Moragas and percussionist Antonio Monedero – it was easy to grab the audience. The benevolent weather in the open air theatre also made it easy for Ara Musa Hnora’s rhythm combination to make the audience yearn to dance. In fact, the lead singer, Ara (short for Aracela), sang a song whose lyrics invited the audience to come to the first row to dance. No one took her up on the offer this Ramadan night - but not because the beats weren’t inspiring. No one could resist bobbing their head to the Reggae tunes, for instance, and every single audience member wished they were on an island somewhere; Ara’s face, framed by blonde, long dreads would open wide here. On other songs she would squint her eyes, especially when she would pitch the more Flamenco-sounding vocals. One of the more Flamenco songs is their tribute to the famous gipsy Flores family, by doing a cover of Rosario’s peppy Rumba Flamenca, Casa en el Aire. Ara’s voice is pleasant, memorable and constant, although she has problems controlling the volume. She sings out words continually, as if she were a natural born rapper and even at one point surprises the audience with an aggressive rap duo with the rocker-looking-crazy-energy-life-of-the-band lead guitarist. The lead singer highlighted one of their own songs, Volar, which starts off with a very sweet, Caribbean Reggae. The first lyrics of the song say: [translated from Spanish] “I wake up with a knot in my throat, that doesn’t let me breathe. I hide behind my guitar and this is what gives me the freedom to fly.” And, yes, Ara does play the guitar as well as sing! Gerardo Santiago, keyboardist (GS): Ara plays guitar very well and, of course, she can perform with her guitar if she wants to [he chuckles]. We don’t forbid her from playing the guitar; it’s just that the band lineup does not always need an extra guitar.” Aracela Muñoz, lead singer (AM): I used to sing alone with my guitar. At the beginning I won a prize in a talent contest in the Gallileo Club in March 2008. The band was formed right after that…this was the pivotal point in my career. Ahram Online (AO): Who's the songwriter? AM: “I am, but it is the band that makes this wonderful arrangement." AO: What are your songs about and what influences you? AM: In music I talk about my life; my experiences. I reflect on reality, too. For example the first song on the CD, Senderos de Gloria, is about immigration problems in Spain and how people arrive on their small boats and cross the sea in search of a better life. I listen to many kinds of music, but possibly the biggest influence is from ethnic music. We also love flamenco, ballads, rumba and so on. AO: How’s your musical career going and are you getting your message out? AM: We create music to communicate messages to our audiences, but also we do it for the sheer fun of it. We love music and we love performing. In last three years we gave 140 concerts all over Spain. The concert in Egypt is our first experience - as a band - outside of Spain. GS: We are just like all young people who love music; we like creating it and live through it. We want to share this with Egyptian audience. Their debut CD is titled Musaranas, produced at the beginning of 2011 and includes brass instruments, including the trumpet, trombone and sax. Although their CD only highlights six of their songs, the band’s repertoire is much longer. Website: www.aramusahonra.com
Reviewed by: Dahlia Ferrer and Ati Metwaly