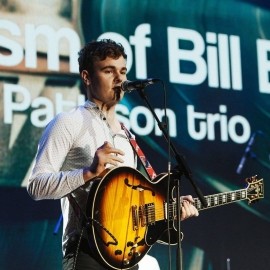 (no reviews)5.0
Country: Australia
Based In: australia, Victoria
Performs: Worldwide
From: Contact

An incredibly diverse guitarist from Australia. After travelling the world aworking for artists and entertainers from Vegas, Broadway and producers and singers worldwide, Rowan is now based in Melbourne working with local performers, musicals and his own jazz projects.
: 049010XXXX Click here to reveal
full number

When contacting this member, please state that you are viewing their Entertainers Worldwide profile.
Request a Quote
Share this Page:
Profile Views: 291
Report this profile

Rowan Pattison is an Australian jazz and contemporary guitarist. Whilst studying with world class jazz/experimental guitarist Damien Kingston, session player Simon Patterson and jazz extraordinaire Glen Hodges at the Tasmanian Conservatorium of Music, Rowan performed with many renowned local musicians in local venues and music festivals.
After completing his undergraduate degree, graduating with First Class Honours from the University of Tasmania, Rowan took a contract in the United States with Royal Caribbean International as the guitarist in the 'Grandeur Orchestra' an 8-piece group play ... ing a wide range of music for musicals, backing guest performers and playing big band and jazz sets. During his time in the U.S, Rowan worked with many performers with impressive careers spanning television, Broadway, Las Vegas and London’s West End. His resumé now boasts artists such as American singer Bobby Arvon (Happy Days), Broadway star Michelle Murlin, American Idol finalist Lou Gazzara, Marcus Terrel from America’s Got Talent, Vegas Trumpet prodigy Greg Bohnam and American Comedian James Stevens III, who is featured regularly on The Tonight Show and Comedy Central.
Now based in Melbourne, Rowan has just lead his own trio concert Impressionism of Bill Evans on a tour of Europe playing concerts in Kyiv, Lviv, Krakow and Paris. Rowan now works with numerous Australian based projects including an album of original music while he continues to build his professional profile as one of Australia's exciting young musicians. 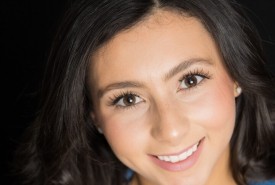