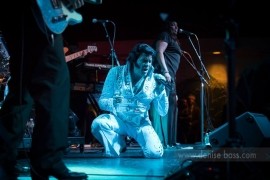 When contacting this member, please state that you are viewing their Entertainers Worldwide profile.
Request a Quote
Share this Page:
Profile Views: 3219
Report this profile 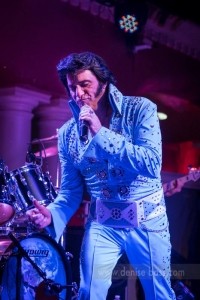 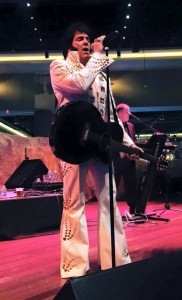 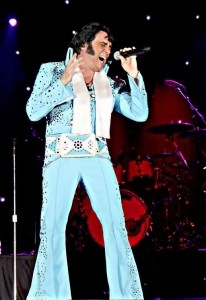 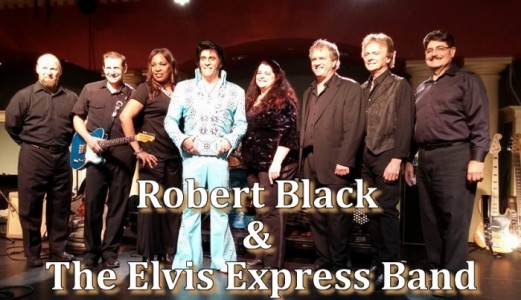 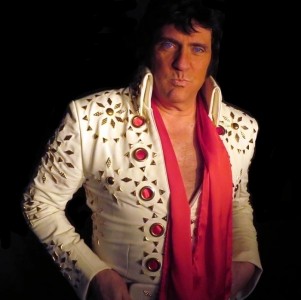 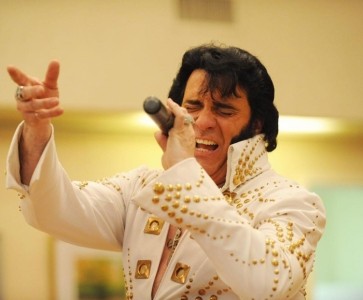 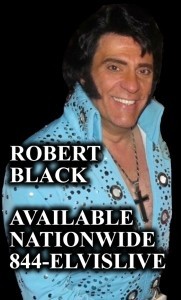 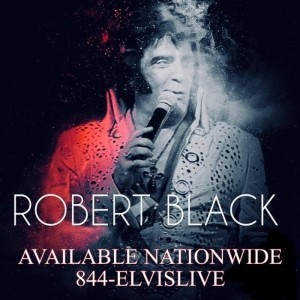 Robert Black - Elvis Impersonator - Providence, Rhode Island Event Location: Framingham MA Event Type: Birthday 6th April 2019
Amazing performer and super great guy!! Robert carried out the plan to surprise my wife to perfection. His performance was over the top amazing. He has a great voice, he's engaging and fun. He got the whole crowd up and dancing immediately. I can't recommend him enough!!
Reviewed by: Michael Rose
Robert Black - Elvis Impersonator - Providence, Rhode Island Event Location: West Yarmouth Cape Cod Event Type: Private party 9th March 2019
HE IS ONE OF THE BEST ELVIS IMPERSONATOR'S I HAVE EVER SEEN. ROBERT IS VERY PLEASANT AND DOES ANY REQUEST YOU HAVE.
Reviewed by: John Waters
Robert Black - Elvis Impersonator - Providence, Rhode Island Event Location: Plainridge Park Casino, Plainville, MA Event Type: Casino show 24th February 2019
“Robert Black” (could there be a phonier sounding name?) is fooling nobody! I saw the real Elvis in concert. Elvis faked his own death in 1977 to live out the rest of his life in anonymity. But like the inveterate entertainer that he was, he could not help but always wanting to perform. What better disguise to throw off all Suspicious Minds than to hide in plain sight as an Elvis impersonator. Mr. “Black”, stop impersonating an Elvis impersonator, and admit your real identity. No impersonator could sound so much like Elvis. This is one poor disguise and one hell of a show! Yes, I saw the real Elvis in concert; it was on February 24, 2019 at the Plainridge Park Casino in Plainville, MA, and it was a blessing to see you again Elvis (a.k.a. “Robert Black”) and to learn that the rumors that you do live on are absolutely true! Thank you for coming back to us.
Reviewed by: Doug Van Gorder
Robert Black - Elvis Impersonator - Providence, Rhode Island Event Location: Millbury MA Event Type: Valentines Party 14th February 2019
Great show! He has so much enthusiasm and the crowd loves him. This is our second show and can't wait for next year. So many compliments on his performance.
Reviewed by: Victoria Strickland
Robert Black - Elvis Impersonator - Providence, Rhode Island Event Location: Providence RI Event Type: Birthday Party 13th October 2018
Amazing performance. Robert Black has a fantastic voice and is a great performer. He was funny and interactive with the crowd. He truly made my fathers 70th birthday party a huge success!!!
Reviewed by: Debra Clooney
Robert Black - Elvis Impersonator - Providence, Rhode Island Event Location: Hartford CT Event Type: Birthday 4th August 2018
Outstanding performance, vocals and charisma! We booked Robert to perform at my father-in-law's surprise retirement party, and what an pleasant surprise of talent and expertise for us all! Nothing corny or forced; just an all natural talent, incredible vocals, and an obvious love for performance, neatly wrapped in a brilliant Elvis jumpsuit. Our event was held in our back yard on a particularly hot and humid evening. Not only did Robert perform for our scheduled time allotment, he doubled the time, took audience requests, and made the guest of honor feel like he was the "king". My neighbors were even coming out of their homes, dancing on their back porches and loving every moment; that's a true testament of an excellent performance. From the youngest guests (10 yrs old) to the oldest (97 years old) , people were moving and grooving because Elvis was just that good! What separates Robert from the "Elvis crowd" is his interaction with the audience, He made my father-in-law feel like a ...VIP, and our guests all became active participants in the experience. Once his show was over, Robert still spent time interacting with the crowd, posing for pictures and just generously giving of his time and talent. Our party went from good to incredible once Elvis was "in the building". The memories we created through his performance are truly priceless. We have been getting phone calls, messages and emails, raving about our guest's Elvis experience. We can't thank Robert enough for sharing his love of Elvis with our guests, for "belting out" sweet vocals, and for bringing Elvis (and our crowd) not only back to life, but rocking!
Reviewed by: Nancy Todisco

Robert Black’s most appealing trait is that he has the ability to connect with the audience and make them feel like they are part of the show. Many fans from across the country think of him not only as their favorite entertainer, but also a good friend. He is very personable and has the ability to reach people and touch their hearts through his performances.

Whatever your special time needs, Happy Birthday, Anniversary, or just make someone who's a huge Elvis fan feel better with some songs. Inquire for more info....