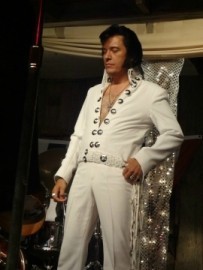 My show name is "The Sincerely Elvis Tribute Show" Elvis Tribute from 1955-1977
Request a Quote
Share this Page:
Profile Views: 1252
Report this profile

Hire Travis & you'll see & hear why so many call him the next best thing to seeing Elvis LIVE. He has authentic costumes made from Elvis original patterns & by one of the original clothing designer Gene Doucette who designed some of Elvis most famous jumpsuits. Donnie Sumner member of Elvis original singing group "Voice" says it's unreal your so much like Elvis. Shawn "Sherrill" Neilson back up singer for "Voice" sang with Elvis on stage & on records from 64-77 said " I want to record with you it's unreal". Elvis cousin Sherry Presley "Are you sure your not a Presley". The shows have been app ... lauded by Elvis' co-workers & Family alike its' like seeing Elvis on Ed Sullivan, The 1968 Comeback Special, That's The Way it Is", & Aloha From Hawaii. The Late Al Davorin "It's like Elvis never left the building".

Travis was born in Louisville, KY. from a very early age Travis has always loved to sing. From three years old with his plastic guitar singing to the great recordings of Hank Williams Sr.. Johnny Cash, Conway Twitty, Jerry Lee Lewis, Carl Perkins, Dean Martin & of course The KING Elvis Presley. The first time he ever sang in front of the public was at the young age of 17 at a local fair. Then he was heard on local radio station WSLM Salem, IN. singing gospel music which lead to him to singing in churches & tent revivals. He entered a local talent show where when he walked off stage a judge sai ... d to him have you ever heard yourself sing? Go get a jumpsuit & do Elvis. After six years of working as a Trans loader he decided to give this ETA thing a try & the rest is ETA Rock & Roll history. 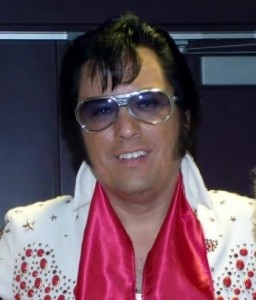 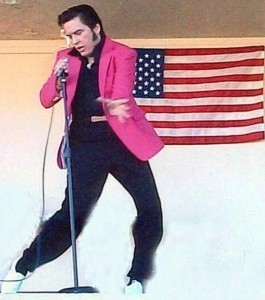 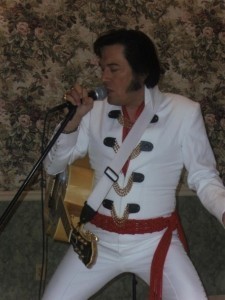 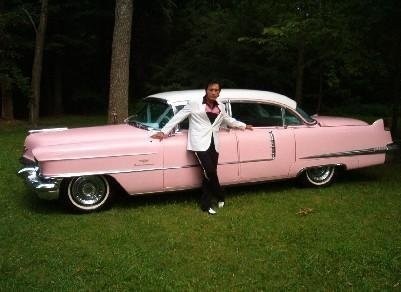 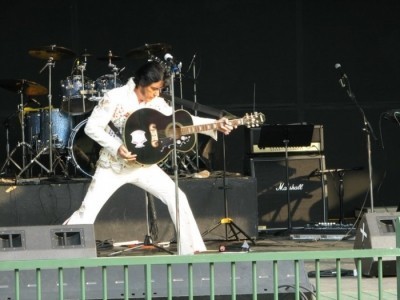 Travis Albertson - Elvis Impersonator - Austin, Indiana Event Location: Lawrenceburg Indiana Event Type: Public venue. 15th July 2017
I have had not just the privilege of of seeing two of Travis' performances but have also met and spoke with him in person. His performance was beyond amazing and he is the most humble and respectful person on stage and off. An absolute MUST see!
Reviewed by: Fyllis Williams

I have been a Elvis Tribute Artist for 14 years. I have been on major T.V. Shows & have done film work such as The Sally Jesse Raphael Show, Local news station's, "Fit for a King" doc. film, Bruce Campbell's body double in The film Bubba-Ho-Tepp. I have won several awards & ETA's contest at Ceasers casino in Indiana. Won an Elvis look-a-like contest in the USA Today newspaper. Interviewed by Chanel 13 news for a Doc film . Recently did two concerts at The Crowne Plaza Hotel for Elvis week 2013, Won first place by the Fans under the tent across from Graceland Mansion. If you need a top Elvis Tr ... ibute Artist that will take you back to your memories of The King Travis will deliver.

All insurance must be supplied by the employers, Theater, casino's, & Corp parties & Private parties as well.