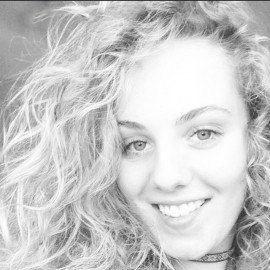 When contacting this member, please state that you are viewing their Entertainers Worldwide profile.
Request a Quote
Share this Page:
Profile Views: 233
Report this profile

From the early age of four years old Abigail trained at a local dance school in her hometown of Manchester. From there her passion of wanting to become a professional dancer bloomed. In 2010 she gained a place at a top ranked dance college, ‘Phil Winston’s Theatre Works,’ graduating in 2013. She studied all aspects of musical theatre including; technique, ballet, tap, modern, jazz, commercial, contemporary, drama, adage, theatre studies and vocal.
Through hard work starting at four years old, at the young age of just 12 years old, Abigail became an elite gymnast. Winning British tit ... les in women’s artistic gymnastics in individual and team events. Therefore she gained a place on the junior national squad, which meant training aside Great Britain’s selected top elite gymnasts. This also gave Abigail the opportunity to be coached by some of the most top ranked coaches nationally and internationally. For Abigail to achieve this, she trained at Wigan Gymnastics Club and Liverpool Gymnastics Club, coached by her national coach Mike Lea.
After being inspired by cirque de soile, Abigail decided in her spare time to start training herself to learn new apparatus such as hoop/lyra. Since gaining her first professional job with Disney Cruise Line, her position lead her on to more experience with different apparatus – harness and Spanish web. From then on, Abigail has been training at Toronto School Of Circus Arts where she has been adding even more apparatus to her skill sets – Silks, trapeze, flying trapeze and duo work using lyra and silks. Since then, Abigail has done a six week aerial boot camp with Celebrity Cruise Line in Miami Florida at Poet Theatricals, focusing on a quad trapeze act on board the Celebrity Solstice and was also Aerial Captain onboard.