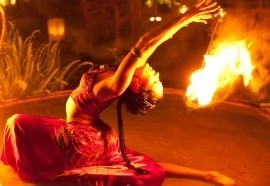 (1 Review)5.0
Country: Brazil
Based In: Brazil
Performs: Worldwide
From: Contact

A lover of dancing arts since a child, i grew up watching my parents earn dance competitions much because of their ability to improvise new steps as they danced. As a shrewd observer and admirer of my parents, that is my way to guide myself through my acts.
Request a Quote
Share this Page:
Profile Views: 178
Report this profile

Serpente de Fogo/Fire Dancing:
The fire itself hypnotizes, brings all eyes to the magical dance of the flames. When in the hands of artist Melissa, fire and body dance together in a smooth and fluid, progressive and enchanting choreography that charms every move, from the subtlety of the simplest gesture to the complexity of juggling the artist is capable of producing along with her strong and free spirit presence.
Chama/Aerial Yoga-Dance in Bamboo Masts:
This is a very organic act of yoga-dance and acrobatics using an artesanal structure made of natural bambu tree. Melissa flows softly ... through two masts of bamboo, set vertically on the floor, and develops yoga and dance techniques in the air, moving up and down, as few parts of her body uphold against the masts.
Águia Dourada/Golden Bird - Aerial Dance in Silks
Águia Dourada is an act of high caliber in silks, where the artist develops a true aerial dance giving every little move a sensible taste of eternity while her soul overflows into sincere emotion. Here, tissue and body unite as one kind, having the fluidity as the primary point. Melissa surprises for bringing to the eyes of the public a beautiful aerial poetry in form of dance, that penetrates the hearts and remains in memory.

My name is Melissa Cavalcante Patusco, i was born in Brasília in 1979. People say i am a very typical brazilian woman. I guess it's true, and the fact that I am the daughter of a Portuguese father and a mother with indigenous and Spanish outstanding traits, for sure explains. I am a dynamic person, who likes to move from different activities. I had been in touch to many arts in my life, such as artistic gymnastics, jazz, modern, african, and brazilian dances, capoeira and a variety of sports. Today I am an artist, a circus coacher, kitesurf rider, natural healing researcher, squash competitor ... , and also, i am a mother of a sweet 14 y.o. girl named Maria Mel, who loves life. Me and her love all types of arts, cooking, nature, traveling, and living small periods of time in other cultures.
A lover of dancing arts since a child, Melissa grew up watching her parents earn dance competitions much because of their ability to improvise new steps as they danced. As a shrewd observer and admirer of her parents, it was quite predictable that Melissa would absorb that talent.
Melissa has become an artist in her twenties, at the same time she was discovering her passion for the circus arts. For her, the circus were the challenging place where she would be able to exploit dance and lightness in another dimension. At the beginning, as a self-taught, she started playing with her best gift ever: a pair of juggling poi, that not too late became her fire-manipulation dancing tool. And that was the botton line of Melissa´s artist career in Brazil, where she also started her studies in Circus Arts, and then in Canada and England. After 2 years working on several events in Brazil, as fire dancer, she moved to Canadá, where her abilities were reafirmed during her classes with prior Cirque du Soleil aerialist Marité Lezard, whose words Melissa will never forget: "What calls my attention on you is your ability to improvise while on stage". Prior to Montreal, Melissa had a short experience as street artist in Vancouver, where every new sunset she used to choose a new song to display her dancing with fire and aerial ballet on the oceanfront of the Canadian university town. But, it was in Montreal and London where she started to raise her career creating her aerial act in silks together with Marité, learning from other circus professionals, while she showed on a variety of events during her experience abroad. 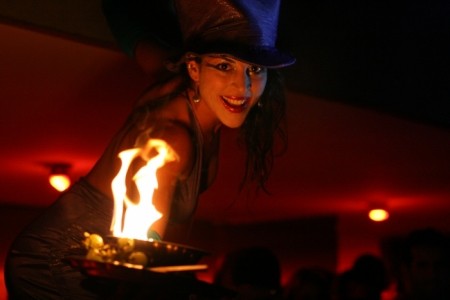 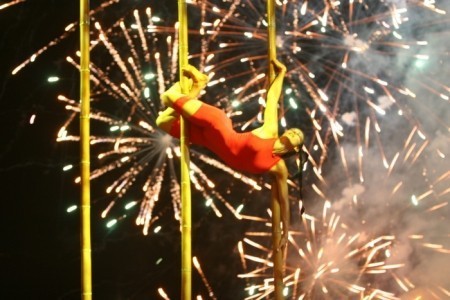 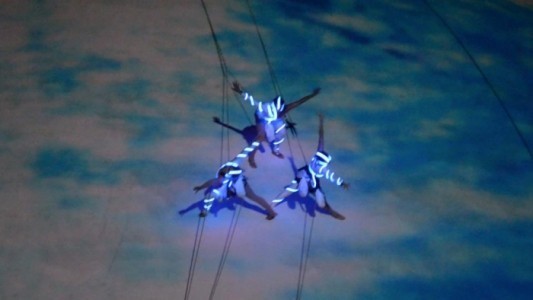 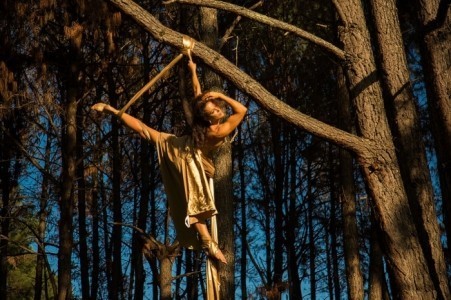 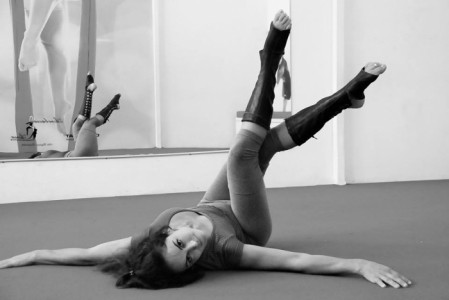 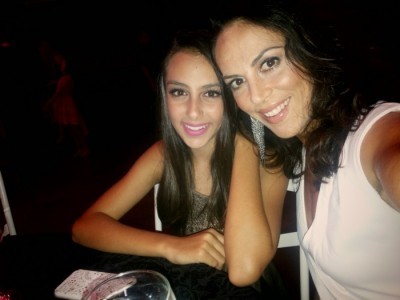 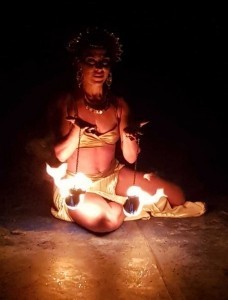 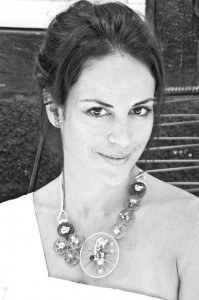 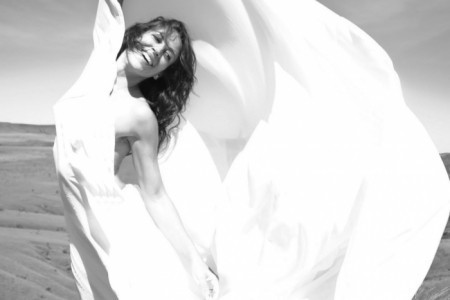 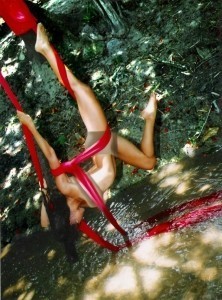 I have European passport, issued in Portugal.