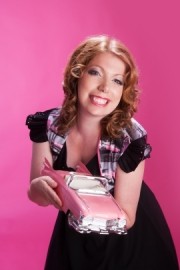 1
(2 Reviews)5.0
Country: United Kingdom
Based In: Cambridge, East of England
Performs: Nationwide
From: £280

Chrissie Cadillac is one of the best 50's and 60's singer in the UK. Her act offers two or three sets of live singing plus a disco/DJ service. You will also have a number of backdrops, scene setters and themed props for your event.
: 0797938XXXX Click here to reveal
full number

When contacting this member, please state that you are viewing their Entertainers Worldwide profile.
Request a Quote
Share this Page:
Profile Views: 1887
Need Help?
✖