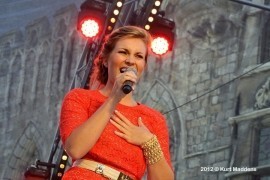 (no reviews)5.0
Country: Belgium
Based In: Belgium
Performs: Worldwide
From: Contact

When contacting this member, please state that you are viewing their Entertainers Worldwide profile.
Request a Quote
Share this Page:
Profile Views: 150
Report this profile

Alice Avery is a Belgian singer-songwriter based in New York. In May 2016, Alice released her debut EP "Kicking The Habit". The soulful organic pop record is inspired by New York City, coming of age and the ups and downs of love. The EP is produced by Grammy winner Will Hensley.
Alice started her musical journey in her home country Belgium, writing and releasing a couple of songs and getting nominated by Radio 2 as “best new artist 2012”. In 2012 Alice decided to relocate to NYC to hone her craft and find her sound. During her first year in New York, Alice wrote a weekly column for ... popular Flemish teen magazine JOEPIE about her adventures in the city. Whilst in Belgium she discovered her love for acting when she played the part of Robin in Studio 100’s hit teen show “Galaxy Park”. It was a natural choice for her to study music and theater at The American Musical and Dramatic Academy. After graduating from AMDA (other graduates include Jason DeRulo, Janelle Monae & Jesse Tyler Ferugson) she finalized her Bachelor in Fine Arts at The New School and is living the New York City artist life.
When Alice isn’t writing or performing her own songs (Avery has performed her music in various NY venues such as The Bitter End, Pianos, Leftfield, Rockwood Music Hall, Silvana…) you can find her on stage in musicals or plays. This past summer she played the lead in “Virtuous Mongrels”, a play selected and performed as part of the International New York Fringe Festival. She played Rapunzel in the New York Times celebrated Children’s musical “Rapunzarella White” (13th Street Repertory company) and just returned from performing in Las Vegas as part of the cast for “Twas a girlsnight before Christmas”. 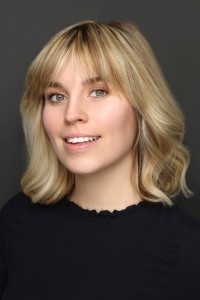 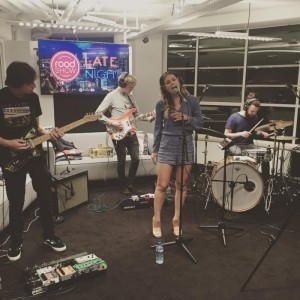