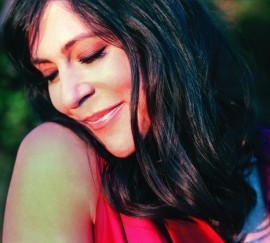 Alison Lewis along with her dynamic quintet re-imagine and recharge works by artists including Bob Dylan, Stevie Wonder, Cole Porter, Rogers and Hart, The Temptations, Irving Berlin and the Beatles, as well as present several of her award-winning originals. The sound is a unique combination of earthy, ethereal, soulful, bluesy and bold. Audience members are promised to be taken on a most uplifting and memorable adventure.

Alison was once described by Cabaret Scenes as, "a singer with a hauntingly beautiful voice who transformed the ordinary into the extraordinary with brilliant arrangements and vocal experimentation." Her debut solo album, Seven, is a cross between jazz and acoustic singer-songwriter (think the musical love-child of Eva Cassidy, Joni Mitchell and Rickie Lee Jones). The album has received much national and international acclaim, as well reached the top 40 of both the CMJ and RMR charts. Here are just some of the things reviewers across the globe had to say:
" Seven is a tour-de-force, varie ... d in styles of jazz, what is best about today’s jazz vocal offerings, but taken to task by a highly qualified and potent vocalist. One I hope to hear for years to come. Well done, and HIGHLY RECOMMENDED."
​
"A really wonderful first outing from a talent that will have your attention from start to finish"
​
"... a true vocal talent that you will only encounter once or twice in your lifetime"
​
"Seven is in a world of its own"
​
"...seeing songs like Irving Berlin's "Cheek to Cheek" and Bob Dylan's "Like a Rolling Stone" in a new light, a way that makes the songs seem even more brilliant than their original version."
​
A consummate singer/songwriter, her original song, "Seesaw" earned a Finalist position with the 2017 John Lennon Songwriting Contest, while her single "Tidepool" earned a finalist position in the 2017 Hollywood Music in Media Awards showcase. Both the single, "Tidepool," and her album, "Seven" won the May 2017 Akademia Music Awards for Best Americana Song and Best Jazz Album respectively.
​
No stranger to stages large and small, Alison has performed at venues ranging from Skirball Museum in Los Angeles to Lincoln Center in New York. She has performed/toured as both a soloist and ensemble member with world music a cappella groups, major cover bands, R&B acts, as well as gospel and classical choirs (Glide Memorial Church, Metropolitan Master Chorale, California Cal Phil Choir, and Golden State Pops Orchestra Chorus) at high profile events throughout California. She has also shared the stage with such notables as Michael Franti and Patti Austin. She additionally sang the national anthem for both the 49ers and the Golden State Warriors.
Alison is a seasoned session singer, having provided vocals for artists across the United States and Europe. You can hear the variety of styles in which she specializes here (including classical, jazz, musical theater, folk, soul and pop). Her credits include video games (e.g. The Sims and Eragon), films, and independent artists. On screen appearances include the movie, "In Pursuit of Happyness" (gospel choir singer) and the TV show, "Chasing Life" (Cantor).
An active community organizer, Alison volunteers her pipes at numerous hospitals and treatment facilities as well as has led major social service efforts across the United States and abroad. She currently teaches music/voice to children with special needs, as well as facilitates music workshops with residents of Skid Row through Urban Voices Project. 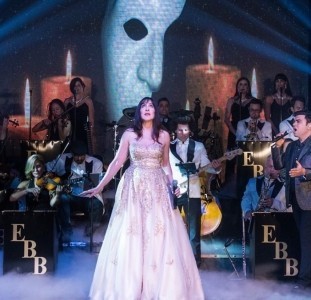 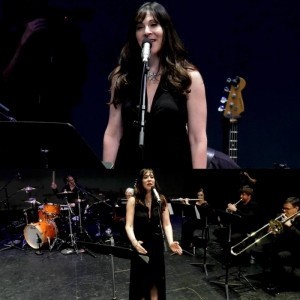