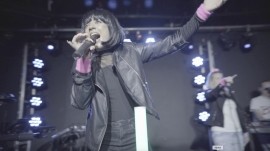 Amy G is known for her small frame and powerful vocals. She is highly acknowledged for her live performing engaging with her audience and eye-catching confidence with a personality that is heart warming. Amy’s repertoire covers all genres and eras with a modern twist.
: 0787570XXXX Click here to reveal
full number

When contacting this member, please state that you are viewing their Entertainers Worldwide profile.
Request a Quote
Share this Page:
Profile Views: 1006
Report this profile

Amy G is singer songwriter whom is known for her small frame and powerful vocals. She is highly acknowledged for her live performing engaging with her audience and eye-catching confidence with a personality that is heart warming. Her professional career excelled suddenly and she has soon become one of the most sought after vocalist in the Midlands. This has led her to sing in arena forums for artists such as Drake and Take That whilst also selling out her own venues at holiday parks, festivals and private events all over the country. Amy’s repertoire covers all genres and eras from the 40s t ... o the present day with a new modern style twist and most importantly Amy’s judge of character for an audience always leads her to successful night. Her set list adjusts and cater especially to the audience as the night precedes highlighting Amy’s versatility and care to please the audience. Amy is very tech aware and can set up her own PA system and also has the knowledge and experience to repair equipment and fix sound and equipment problems.

The songs below are only a few listed from some genres, if you require a certain sort of music for an event please state and i take on any requests. All songs for events are powered by a full PA system with backing tracks.
Ballads
Hallelujah – Alexandre Burke
Will you still love me tomorrow
Saving all my love for you- Whitney Houston
Run to you- Whitney Houston
Clown- Emeli Sande
At last- Celine Dion
Brown eyes blue- Crystal Gayle
Stay with me- Sam Smith
Run to you- Whitney Houston
The answer- David Alexander
My Way- Frank Sinatra
Simply the best- Tina Turner
Rock n ... Roll and Indie
Sex on fire- Kings of Leon
Use somebody- Kings of Leon
Don’t stop believing- The Journey
Proud Mary- Tina Turner
Living on a prayer- Bon Jovi
Turn back time – Cher
Mr Brightside- The Killers
Bobby’s girl- Susan Maughan
Lets dance- Chris Montez
Twist again Chubby Checker
Bad moon rising- Creedence Clearwater
Under the moon of love- Showaddywaddy
Midnight Hour- Blues Brothers
Motown
My Girl- Temptations
You to me your everything- The Real Thing
Stand by me- Ben E K ing
I can’t help myself- Four Tops
Dancing in the street- Martha and the Vandellas
Respect- Aretha Franklin
Aint no mountain high- Diana Ross
Young hearts- Candi Staton
Dance
Ain’t nobody – Chaka Khan
I wanna dance with somebody- Whitney Houston
How will I Know – Whitney Houston
Never too much – Luther Vandress
Superstition – Stevie Wonder
All night long – Lionel Richie
I want you back – Jackson 5
Build me up buttercup – Four Seasons
What a night
I’m alive
Bobby’s girl- Susan Maughan
Dancing queen
Waterloo
Contemporary
Crazy in Love- Beyonce
Rolling in the deep- Adele
Hello- Adele
Into you- Ariande Grande
Domino- Jessie Jay
Rather be- Jess Glynne
We found love- Rhianna
Happy- Pharrell
Senorita- Justin Timberlake
Valerie- Amy Winehouse
Treasure- Bruno Mars
Treat you better- Shawn Mendes
Want you to want me- Jason Derulo

Amy G has been singing professionally for the past two years gaining copious experience as a vocalist and performer. Her love for music has been visible from a young age but her career excelled when she trained in London and The Institute of Contemporary Music and Performance. Amy G then went on to headline events that held over 15,000 people and also headline the Wolverhampton Christmas Light Switch ons around the city. Each weekend Amy is fully booked entertaining crowds with her own music or her flavorful covers from events to holiday parks and private parties. Amy won the best newcomer aw ... ard in 2016 for the the live circuit in the midlands area, she is an enthusiastic young individual that has many musical pathways to choose from and is determined to claim all. 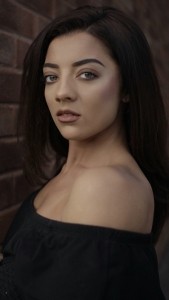 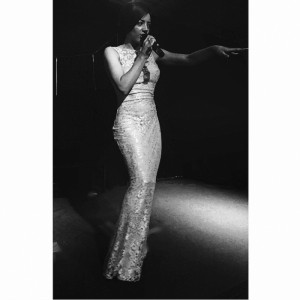 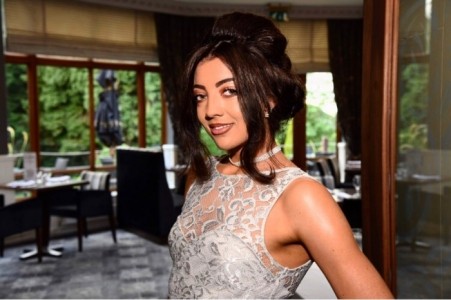 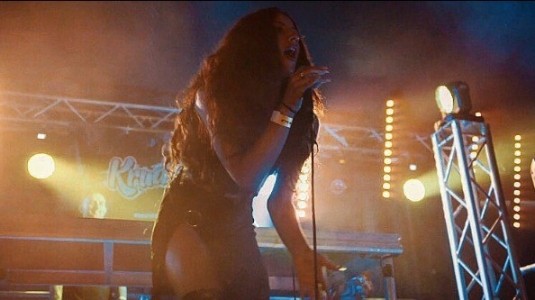 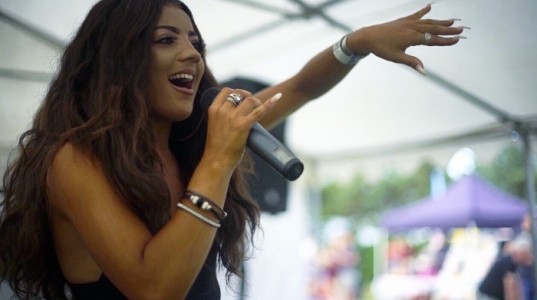 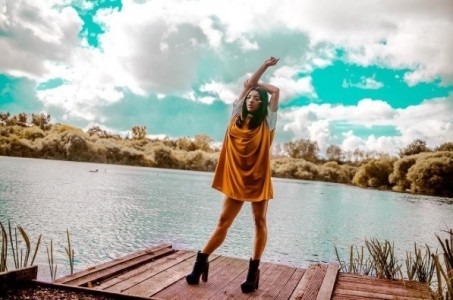 Amy G - Female Singer - UK, Midlands Event Location: BIRMINGHAM Event Type: club event 29th July 2017
this young lady I saw her when you came on to the scene about 18 months ago or less and I liked what I saw and signed her up but then I saw her again and the experience she gained and I just knew that I had made the right choice she has appeared for me at least 3 times even as last saturday 29/7/17 what a star excellent production of musical set book with confidence
Reviewed by: PHILIP BAKER
Amy G - Female Singer - UK, Midlands Event Location: Wolverhampton theatre. Event Type: Social club and theatre. 12th May 2017
Amy is a beautiful talented young lady. Seen her for the first time last year and followed her around as much as we can lovely singer and actor. She's got a lovely personality and gets the audience up and participating.
Reviewed by: Dorothy Davis.
Amy G - Female Singer - UK, Midlands Event Location: Birmingham Event Type: Social club 21st January 2017
Seen Amy g quite a few times now and she never fails to to please ! She is an amazing singer and such a fab personality we absolutely love her ! We even had the pleasure of going to see her in 9-5 and again she was brilliant x. I would recommend Amy g to all and if u haven't seen her u don't know what ur missing xx
Reviewed by: Kay brazier

Our House the musical (Leading Role)
9to5 (Leading Role)
Footloose (Leading Role)
Headlined Festivals and Christmas Light Switch ons to thousands of people performing covers and original material
2nd place solo dancer at UDO World Championships and 1st place for the team event.
Amy G show has been touring since 2015 to sold out venues all over the UK.