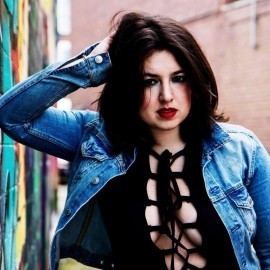 (no reviews)5.0
Country: United Kingdom
Based In: London, London
Performs: Nationwide
From: £100/150

I am a singer and songwriter based in London currently finishing my masters in Commercial songwriting in Tileyard Studios.

Born in Milan, Anna has been performing and singing for as long as she could remember. A natural performer that has gone from entertaining class mates in preschool to some of London premier venues.
Michael Jackson is said to have sparked Anna’s interest to want to establish her herself as an accomplished singer/songwriter. By the age of 14 Anna was part of a local choir and theatre production team, where she learnt how to dance and act and also perfect her singing style.
The second chapter in Anna’s musical journey began when she moved to London at the age of 18. Anna developed her sing ... ing and songwriting skills in London by collaborating with music producers and other artists. Anna’s passion for music lead her to a sound engineering and music production degree at SAE Insitute London, which she completed in 2016.
Anna is currently doing her masters in commercial songwriting in Tileyard Education, part of Tileyard Studios in King’s Cross.
With a diverse range of influences that include Micheal Jackson, Amy Winehouse, Alicia Keys and Adele, Anna’s open mindedness approach to music is what separates her from other up and coming artists.

I have been singing for more than 10 years. I have experience singing in bars around London and also as a session singer in the studio.

I used to sing for the afternoon tea at The Aviary Bar in Central London.