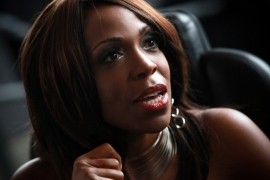 1
(no reviews)5.0
Country: Germany
Based In: Germany
Performs: Worldwide
From: Contact

Are you looking for a professional singer for your event with a gloss, style and class enriched? AQuilla, has worked with the likes of Phil Collins, Lisa Stansfield, Faithless, Dido & Boney M. Galas, weddings, company events, other private festivities.
: +491742066XXXX Click here to reveal
full number 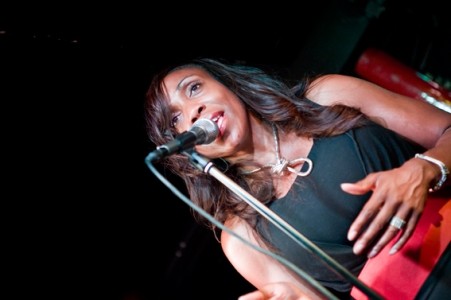 Owner of an amazing and unique voice AQuilla Fearon has been surprising all, with her talent ever since she started singing professionally. AQuilla, who is not afraid of the big stage, has impressive career credits such as touring with well known bands such as “Faithless”, (album “Sunday 8pm) to crowds as large as 45,000 and working along side stars Shola Ama, Lisa Stansfield, Dido (“No Angel” album) & Sydney Youngblood; to name a few, taking her energy far and wide performing on stages as from as Hong Kong.
In 2006 AQuilla was asked to share front of stage with Alex Wilson “Ale ... x Wilson Salsa Orchestra” one of the biggest influenced artists in Europe of these times, and within months she appeared on the Album “Inglaterra” giving an outstanding rendition of the well known track “Ain’t Nobody” by Chaka Khan causing a reaction all over from London to Miami Florida.
As a true live performer AQuilla fascinates the auditorium with her exceptional outstanding multi-talented voice. Within 6 months of the first invitation to sing at the famous “Ronnie Scotts” in London she was back a second time proving there was a lot more to come from this talented vocalist, bringing to the audience an explosive mixture of power, emotion and sensual moves. While her real love is classic soul music, where she feels most at home, she switches easily between Latin, Reggae, Pop, Soul and Gospel. Some are already calling her the “New Soul Diva”.
Whilst gigging and recording, AQuilla was called upon by a director to take part in a play called "The Crucible" written by Arthur Miller (1953). A classic play about the witch-hunts and trials, in the seventeenth century Salem, Massachusetts.
She played "Tituba" a slave from Barbados, who’s life is one full of magic and wonder, yet also fraught with suffering. Her performance was so outstanding that before the end of the show she was approached by another director who offered her the main part in their play "Children Of Eden" playing Eve which was a completely different contrast but what an experience!
The acting didn’t stop there; in 2009 Natascha Wright (American Divas) offered her the part of “Ruby” in a musical written – Move GmbH - about The President Baraka Obama’s story to success “Hope, Yes We Can”. The musical premiered in Frankfurt and proved to be a success with news coverage.
Touring around the globe with her own band “Carwash”, she learned the fine style that is benefiting her today. As a live performer or guest singer with constant public contact she always manages to fill her listener with enthusiasm holding them under her spell. Attending one of her live performances is a joy not only for the eyes; her voice and her personality are simply irresistible. Collaborations with several known artistes from a wide variety of musical genres further refined her feeling for the interaction of the various different kinds of musical component.
In 2010 Aquilla had the greatest honor of working with Phil Collins performing live on
“Deutscher Radiopreis 2010” and “Schlag den Raab”.
Not only is AQuilla a Singer/Songwriter, she works intensively with well-known composers and producers. Another milestone in her career will be the new Alex Wilson album "Salsa con soul" which was released in the UK September 2008 where you will find two of her own compositions. Due to the success in the UK it will also be re-released in the G.A.S. countries (Germany, Austria & Switzerland) by "Inch Marlowe Records" in April 2010.
In the year of 2009, Aquilla signed a Solo Album record deal with Inch Marlowe Records. Because of the workload and premarket promotion activities, she moved to Germany in order to complete her Album and start the process in the G.A.S. Market.
This will be her first album, stay tuned and enjoy the ride to witness new and exciting times for this singer.
Ladies and Gentlemen…..AQuilla Fearon!