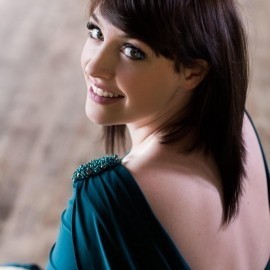 1
(no reviews)5.0
Country: Ireland
Based In: Tullamore, Leinster
Performs: Worldwide
From: Contact

singer and violinist who can sing all ranges of styles; Opera, Pop, Mo-Town, Folk and rock. I've toured extensively through the USA, Canada and Europe with various Productions and I have performed around South-East Asia and Alaska on cruises as a singer and violinist.
: 0035385822XXXX Click here to reveal
full number

Emmy Lou ( Singer )
I have a lot of experience as a professional violinist and a production/band singer. I am very comfortable and accomplished at singing in all kinds of genres ranging from Pop, Blues, Soul, Rock, Opera, Folk and Traditional Irish music. I have been a lead vocalist and performer in several productions that have toured the U.S.A and Canada and Europe. These include; The Celtic Arch, Celtic Angels, Celtic Nights Spirit of Freedom and Oceans of Hope. I also was the lead singer and fiddle player in the band ‘The flyin’ Marys’ which performed for 7 months in Disney land ... Orlando, Florida. I also successfully performed as the lead singer and violinist in an acoustic duo called ‘The Heartland Duo’ which performed for 4.5 months with princess cruises from April 2018 to August 2018. All of my music agents and managers have remarked on the very special talent I have musically and also my friendly and bubbly demeanour with audience members and guests.
The Flyin' Marys (duo)
My friend and I are an accomplished duo called 'The Flyin' Marys'. We are two attractive females aged 23 and 25. I am a singer and I play the violin. My friend is a singer, violinist, harpist and pianist. We can perform all kinds of genres spanning from, Blues, Rock, Classical, Opera and traditional Irish music. We are fantastic communicators and seek to deliver a polished entertaining experience to the guests. We have performed in Disney land Orlando and toured America and Europe with a lot of production shows. I have successfully completed a 4.5 contract on princess cruises as part of a duo called 'The heartland Duo' from April 2018 to August 2018. We received many blue cards from guests who said they would only book another cruise if they were guaranteed to hear one or both of us again attached are links to our videos as performers. https://youtu.be/UDpQ-9iixEI

Emily studied Classical Violin Performance and Voice at Maynooth University, graduating in 2014 with first class honours. Earlier that year, she toured the U.S.A with Maynooth University Chamber Choir. In addition to her choir participation, she performed as a solo violinist at the St. Patrick’s Day breakfast celebration in the Waldorf Astoria in New York, Notre Dame University Indiana and the Irish-American Heritage Centre, Chicago.
In Summer 2014, she co-founded ‘Anu’ a musical duo, and recorded an album ‘Lend an Ear’. Emily has performed in many European cities including Florence ... Italy where she studied Opera and Violin performance at the Conservatoire of Music in 2014. Moving to Vienna Austria in 2015, she continued her music studies at the prestigious Conservatoire of Music Vienna.
Returning to Ireland in Summer 2015, Emily performed as a solo singer and violinist, appearing in ‘The Celtic Arch’ Celbridge Manor, ‘Celtic Angels’ German tour Nov.’15 and Celtic Nights ‘Spirit of Freedom’ U.S.A and Canada tour, Spring 2016.
Since then, she performed as solo female singer with the Irish Cabaret ‘Taylors’ Three Rock’, Summer 2016 and lead singer and fiddle player with the band ‘The Flyin’ Marys’ in Raglan Road, Disney Springs, Orlando, Florida, August ’16/February ’17.
Recently in 2018 she completed an American tour with ‘Celtic Nights Oceans of Hope’ and as a singer and violinist with Princess Cruises across South-East Asia and Alaska.
Emily is looking forward to re-joining the Celtic Nights team once again for their 2019 U.S.A and Canada tour ‘Oceans of Hope’. 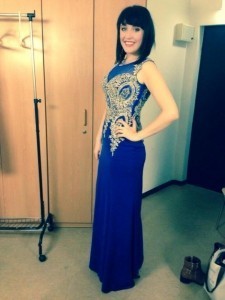 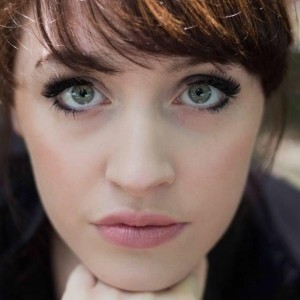 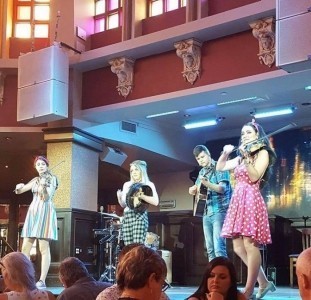 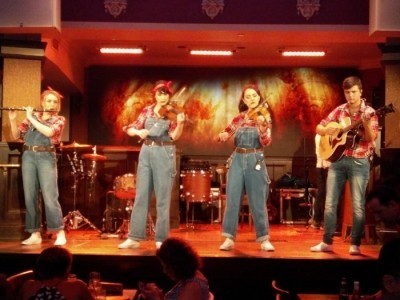