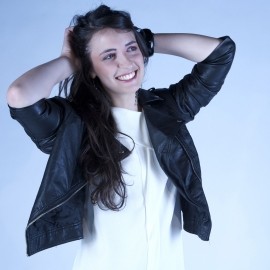 1
(no reviews)5.0
Country: United Kingdom
Based In: UK, London
Performs: Worldwide
From: From 150£

I’m a Pop singer with a Black Music background and different musical experiences. I do solo acts playing the guitar and singing or with backing tracks, with a repertoire from Pop music to Jazz standards, Soul, R&B, Evergreen and Dance music (70s/80s/90s/00s).
Request a Quote
Share this Page:
Report this profile

Giulia is a Pop singer with Soul/Funky influences and different musical experiences, born in Chiavari (Genoa), Italy in 1991.
She began studying classical guitar in the music section of the Secondary School, performing for the first time at the age of eleven, singing and playing by herself. After three years she started to replace the classical guitar with the acoustic, and she studied electric guitar for a year.
At the age of thirtheen her passion for singing became stronger than ever and she began to take classes at the “Music Academy in Chiavari", winning in 2005 a scholarship .
Fr ... om 2007 to 2009 she attended the Academy "Roland Music School" and partecipated in several singing competitions: "Festival di San Teodoro", "Festival delle Due Riviere", "Festival di Saint Vincent" and "Superpass": she was among six finalists selected throughout Italy for the music section of the television program which was attended by Amii Stewart and famous italian singers.
By the age of seventeen she's performing in prestigious Resorts and Hotels and on board of Yachts, singing an Italian and International repertoire, from Pop music to Jazz standards, Soul, R&B, Evergreen and Dance music (70s/80s/90s/00s).
In 2009 she became the vocal leader of the "Black Roses", entirely female rock band, formed by girls of age between 16 and 21. She recorded with them two albums in two years for a total of twenty new songs.
They partecipated at “Casa Sanremo”, event who ran parallell to the 60th Sanremo Festival, and they started in the same year their tour around Italy as guests star at: "Radio Bruno Summer Tour", “Festival Show”, “John Lennon Tribute Concert” in Milan, “Rai Demo Fest”, with famous Italian singers as: Stadio, Noemi, Zero Assoluto, Irene Grandi, Luca Barbarossa, Jalisse, Syria, Sonohra, Mario Venuti, Dolcenera, and international singers as Paul Young.
Giulia decided to leave the band in 2013 and begin her solist career with the "Soultrain", with which proposed a pop/new soul repertoire. She also performed in acoustic trio with Nicola Bruno (electric bass) and Lorenzo Spinozzi (guitar), with whom she created the "Judy Winter Trio", promoting the project "Georgia On My Mind", remaking in blues/jazz style some of the songs of the Italian singer Giorgia.
In 2014 she teached modern singing at the Music Association “Franco Pucciarelli”, and in 2015 she worked with Francesca Faggioni to the musical project "ORFF", at the nursery school “Corso Millo" in Chiavari.
In March of the same year she obtained a degree in jazz singing at the Conservatory of Music “Niccolò Paganini” in Genoa with the following vote: 110/110. There she studied for three years supplementary jazz piano.
From July to October 2015 she worked as a production singer at the theatre of the village Bravo "Vila do Farol" (Ilha do Sal, Capo Verde.)
From March 2016 she has been living in London, performing in several pubs, hotels and corporate events.
In September she was a finalist of "GIGS", the Mayor of London's Busking Competition.
She is currently attending a Master in Popular Music Performance at The Institute of Contemporary Music Performance (ICMP) in London.
Stages:
- “Due Laghi Jazz Workshop 2011” with the jazz singer Tiziana Ghiglioni.
- Master for tutors in “Vocalcare”, the voice search system born from the study of the organ and vocal disciplines inherent voice and body, developeed and patented by Dr. Danila Satragno. 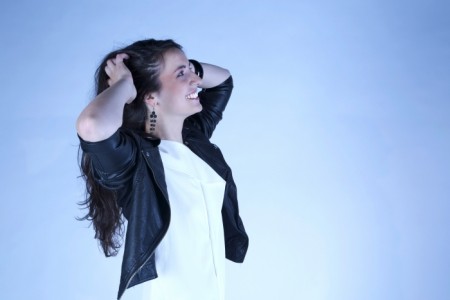 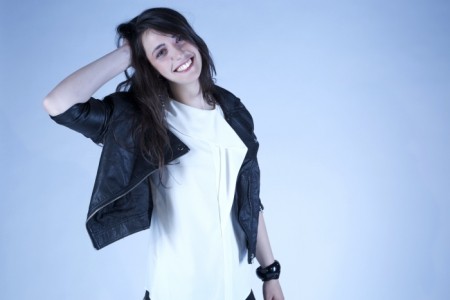 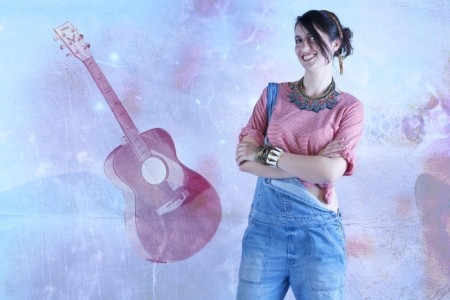