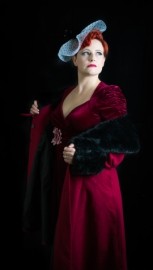 (no reviews)5.0
Country: United Kingdom
Based In: Warwickshire, West Midlands
Performs: Worldwide
From: Depends on distance and time Minimum £ 350 for local 3x30 or 2x45 sets

Vintage Singer, Guitarist with backing. Gloria Sunset has been voted best vintage performer 2015 at The National Vintage Awards. With a voice like a Hollywood Starlet from the golden age with the look to match.
Request a Quote
Share this Page:
Profile Views: 2001
Report this profile

Gloria Sunset winner of Best Vintage Act at the National Vintage Awards 2015.
With a voice like a Hollywood Starlet from the golden age with the look to match, Gloria Sunset aka Holly Hewitt will entertain you and your audience with jazz and blues standards and bring the sound right up to date with more contemporary rockabilly pop. Covering artists such as Peggy Lee, Rosemary Clooney, Ella Fitzgerald, Sarah Vaughan, Caro Emerald, Imelda May and many more.
Options
Gloria perform solo with high quality backing tracks or...
As part of the fabulous ' The Gloria Sunset Duo' with guitar...
o ... r full band or trio a pianist and bass player. 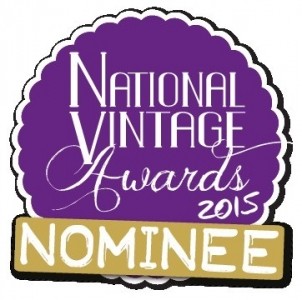 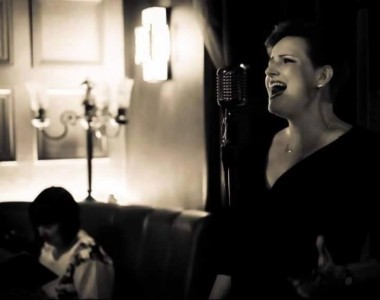 Gloria Sunset has 100's of requests to perform all over the country every year and continues to get a huge amount of work due to the top quality of her act and her fantastic vocal ability.
With 20 years of performing experience Gloria only decided to go for it full time last year as a singer and was hugely successful Last year she had 100's of enquiries and performed at 80 events as well as gaining a contract of 30 dates with a chain of restaurants she still performs for.
Highlights were business launches, burlesque shows, footballers private family events and singing at the WW1 comm ... emoration event in Loughborough with a full brass band.