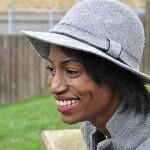 (no reviews)5.0
Country: United Kingdom
Based In: London, London
Performs: Worldwide
From: £

Performing since I was 10 years of age, singing, dancing and acting. Have sung in choirs, have previous Afro pop / rnb exposure where I have written, recorded and performed my own music. I love to sing so I grab every opportunity to do what love and enjoy doing.
: 0786365XXXX Click here to reveal
full number

I'm a young singer songwriter. Performing since I was 10 years of age, singing, dancing and acting. I have sung in large choirs as well as with small choirs and have previous Afro pop / rnb exposure where I have written, recorded and performed my own music. I have also collaborated with several artists including rap artists.
I'm a praise and worship leader, I write, record and perform my own material and do bv work for other artists too. I love to sing so I grab every opportunity to do what love, enjoy and I'm really good at doing.
In 2015 I released a single on iTunes and Google play c ... alled 'Survivor' (motivational music) which is still available to purchase till date.
I have also taken part in school music workshops, where I have had the opportunity to coach and encourage young singers and musicians.
I also love to dance and can never keep still to a popping beat.
I have previous contemporary experience, performing at schools and carnivals in previous years.