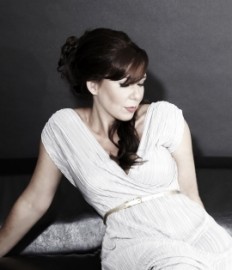 Described as elegant and engaging, Justine's beautiful voice glides effortlessly between the worlds of musical theatre and popular opera, stunningly combining well known classical arias with favourites from the West End and Broadway. She has performed at many of London's top venues including the Cafe Royal, the Dorchester Hotel, the Royal Festival Hall, the Royal Albert Hall, and the Cadogan Hall; along with concert halls and theatres across the UK; venues overseas include Royce Hall in LA; as well as headlining as a cabaret artist on the QE2, Crystal, Azamara, Saga, NCL, Regent and Seabourn ... Cruises.
Her favourite hi-lights include singing Cosette in a concert version of 'Les Miserables' at Cadogan Hall, London alongside Ruthie Henshall and Frances Ruffell; headlining at Royce Hall, LA at the Inspiration Awards on behalf of Breakthrough Breast Cancer; entertaining the troops while fronting the Queens Division Big Band; featured roles in the UK tours of 'Kiss Me, Kate', 'Phantom and The Opera', and 'The Masters of the House'; as well as popping up on screen in Tim Burton's film of 'Sweeney Todd'.
After this wealth of experience under leading directors, Justine presents a rare theatricality in her shows which, combined with her stunning voice, is a sure way to leave the audience wanting more.
So ..... sit back and enjoy the vocal fireworks of Justine Balmer! 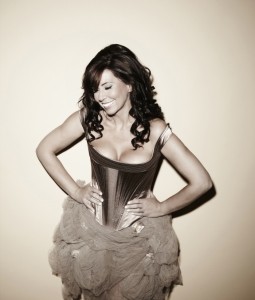