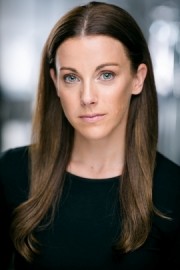 Katie is from Brighton in the UK, She graduated from Bodyworks Musical Theatre College in 2007 with a National Diploma in Musical Theatre. Since graduating Katie has worked as Lead Vocalist on Carnival, P&O Australia for Grayboy and Celebrity Cruise lines for Qdos Entertainment.
She has been in many pantomimes playing parts such as Princess Jasmine in Aladdin and the Forest Fairy in Snow White.
Katie has also played the part of Ariel in the Little mermaid touring major theatres and cities in China.
Most recently Katie has performed as Lead Female Vocalist in Essence of Ireland in South Af ... rica at the Mandela Theatre and the National UK tour.