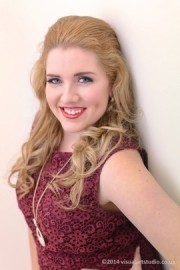 I am Krystal (Jordane) Mills aged 21 years old.
I have been living in Cardiff, Wales, UK all my life and continue to pursue my Contemporary Country Music Artist Career.
Recently I formed a brand new band, called "Krystal & The Rhinestones" We are currently busy rehearsing for UK Festivals and Live Performances that have already been lined up for 2014 - playing to mainly my original songs and some well known covers.
I compose and produce my own music and perform solo with acoustic guitar and I like to mix my sets with an array of acousitc and backing tracks to suit everyone.
My main ... inspirations for song-writing and styles of music are Lady Antebellum, The Band Perry, Sugarland, Taylor Swift, Miley Cyrus, Carrie Underwood, Adele, Katy Perry, Jessy J and Lady Gaga....
Past Bio....
I have been singing since I was about 4 years old, singing with my hairbrush to my Mum's tracks on the CD player from artists such as Celine Dion and Whitney Houston, dancing around in circles. When I was 6 years old my Mum and Dad took me on holiday to Butlins (Minehead) where I entered a talent competition and sang "My Heart Will Go On" By Celine Dion which was the first time I had sung in front of a live audience. Even at 7yrs whilst at Birchgrove infants, I remember being so excited when my school installed cctv cameras that I and a friend used to sing and dance to these cameras and amuse the teachers and Headmistress in the staff room. (Best I tell you this story and embarrass myself than you hear it from my mum, hehe)
It wasn't until I was 16yrs that I picked up a mic again and began entering local talent shows for fun and to achieve experience. I knew then that this was a career I would like to pursue so took some singing lessons and then to my surprise I was given a guitar for Christmas 2010 and within 10 days I taught herself the basic chords on youtube and then booked some professional guitar tutoring, but was mainly self taught. I never played an instrument up til then.
Competitons and Success Story's...
In 2013 my musicical journay has led me to performances at many larger festivals and 5 star Hotels, to include St David's Hotel & Spa, Cardiff.
My journey started in 2010 when I won Cardiff's regional Best Western Hotels Talent Contest and was placed second in the UK and again won at their Bristol regional in 2011 and placed 4th in the UK. I also reached the finals of Cardiff's Queen's Arcade Xmas Factor 2011, regional finalst of the Open Mic UK and was a finalist in Cardiff's Got Talent 2012 at the historical Coal Exchange. One of my best achievement to date was when I recorded and upload my debut single to Itunes, which for two months in January - February 2012 reached number one in the World Unsigned Top Charts and remained in the Top 10 in March 2012. That song was called "Waiting For You" which has a hint of country. 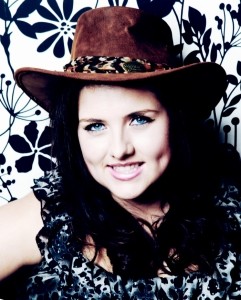 I have also performed at many festivals to include Cardiff's Mardi Gras, Wales Millennium Stadium, Wales Millennium Centre, Glanfa Stage, Godiva Festival (Coventry) - UK's largest free festival, Usk festivals as well as at other large arena's include Peterborough (Waxstock Car Exhibition), The Butts Arena for the Coventry Bears and I am really looking forward to performing at the Rockfield Country Music Festival 2014 and Australia Boat Festival 2015.
MC/Host
Following on from organising and hosting my own first weekly live music event for unsigned bands and artists at the Globe Music The ... atre which ran from Aug - Nov 2012 called "Globe Unsigned" I then ran a weekly live music acoustic event from December 2012 to June 2013 as well as the resident performer at SODA Bar (Cardiff) for "Soda Live Wednesdays" at Cardiff's prestigious lounge/club. I introduced the best artists round South Wales to these venues to showcase in front of general public and to music A&R's who regularly attended.
RODEO CLOWN 1st Album Release....
I released my 1st Album "Rodeo Clown" on 20th March 2013, mainly recorded at the famous Monnow Valley Studios and is a mix of originals and covers, which is available to download on itunes, Amazon, Spotify, emusic and many more music distribution websites. For a signed CD you can purchase at gigs or order by contacting kikimillsmusic@live.ac.uk.
Other skills....
I have also completed my Level 3 Hairdressing qualification and occasionally I assist with hair and makeup for local musical performances and fashion/pageant shows, which has included the Youth Welsh National Opera and Miss Face of Europe Beauty Pageant Cardiff.
Present....
I am always writing new songs and intend to release a second Album in late 2014 with "The Rhinestones".
I am also currently working with Mircea Cioclei for his Romanian Eurovision Song 2014 which I shall also be dueting with him if we make it to the National Final. I have been very fortunate to be working with a great team of producers in Germany and Romania who have produced a faboulas track that is Eurovision Appropriate.
Film SoundTrack....
I am also in the process of developing a few new music projects and I am planning an American /Canadian Tour for 2015.
"If you want the dream you have to make it happen yourself and do it".
As an Unsigned Artist I am looking for sponsorship to develop my music career, photos, and videos. Please contact me if you would like to help.