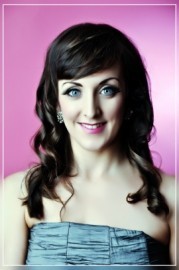 At the age of 9 Lucy-Emma Manifold began her professional training with the Royal Ballet School and then went onto study at Northern Ballet School, Manchester, graduating from the Musical Theatre Course receiving the Vocal Prize which was presented to her by Wayne Sleep.
Whilst training at Northern Ballet School she attend Chethams School of Music using her voice as her first instrument.
Since graduating Lucy-Emma has been performing her way around the world entertaining music lovers everywhere and most recently has been an onboard Singer and Presenter for P&O Cruises on their fleet of e ... legant cruise ships.
Her theatre credits include:
Lead Singer in ‘Dance Fever’ at Tatton Park Christmas Extravaganza, Backing Vocalist for Clem Curtis on P&O Cruises, Jack in Jack and the Beanstalk (Dorking Theatre), Belle in Christmas Times (Tour), Sally – a role she created for the new musical ‘Choice’ premiering at The Jermyn Street Theatre, Doris/Dance Captain in Fame (Qdos Tour), Ensemble in The Wizard of Oz (RSC Version@Leicester Haymarket Theatre), Lead Vocalist for Openwide International (European Tour), Princess Jasmin/Dance Captain in Aladdin (QdosTour), Ensemble/Dance Captain in Mother Goose (Perth Rep Theatre), Ensemble/Dance Captain in Cinderella (Royal Opera House Belfast), Singer/Dancer for Costa Cruises.
As well as treading the boards Lucy-Emma has also sung for the BBC performing with Aled Jones in Radio 2’s Lenten Services and on various Radio 4 Sunday Morning Worship programs. She has also sung for Granada TV as a featured soloist in My Favourite Hymns.
In 2012 Lucy-Emma began working as a freelance Vocal Coach and created her school One Voice Academy. She coaches students who are auditioning for professional employment and for entry in musical theatre schools up and down the country. 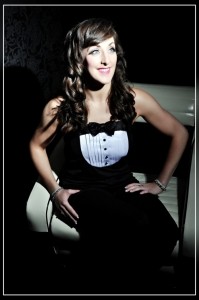