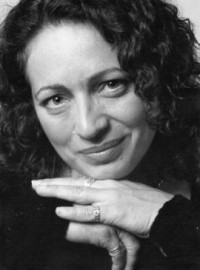 Solo Vocalist Can perform with a band or with backing tracks. Covering all styles of music 2 x 45 minute sets
Request a Quote
Share this Page:
Report this profile

SET 1 - FLEETWOOD MAC & ABBA
Say You Love Me - Dreams - As Long As You Follow - You Make Lovin Fun - Little Lies - Landslide
Does Your Mother Know - Waterloo - Fernando - Why Did It Have To Be Me - Don't Stop.
ABBA MEDLEY - Gimme,Gimme,Gimme - SOS - Lay all Your Love on Me - Mamma Mia - Take A Chance on Me - Super Trouper - Dancing Queen.
SET 2 - LOVE & LOSS - Falling in and out of love in song
Be My Baby - When You Walk In The Room - To Love Somebody - Love Is In The Air - How Sweet It Is To Be Loved By You - Who’s Bed Have Your Boots Been Under - These Boots Are Made For Walking ... - It’s A Heartache - Love Really Hurts Without You - Someday You’ll Want Me To Want You - Better Love Next Time
Perfect - Somebody Like You - Break My Stride - That's Life

I have over 35 years experience in the entertainment industry and have been singing from a very young age, I was involved in music theatre through high school before joining a duo act for a few years before venturing out on my solo show. I’ve been a support act for Phil Emmanuel, sang at the Tamworth Country Music Festival and played at clubs all around Sydney. In 2002 I teamed up with another singer to perform a “Blondes Have More Fun Cabaret Show” performing 10 shows in 3 weeks at clubs from Sydney to the Sunshine Coast. I had a seven piece country rock band performing on the Mid North ... Coast of NSW
I’ve recently returned from travelling around Australia performing in remote areas as well as the cities. With a mix of popular covers ranging from Celine Dion to ACDC and everything in between. A vibrant, energetic show performing songs from many musical genres and styles with something for everyone, from the 60's through to now. 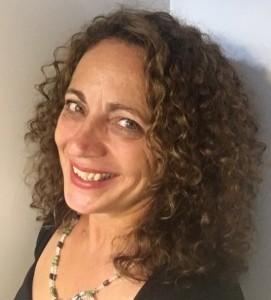 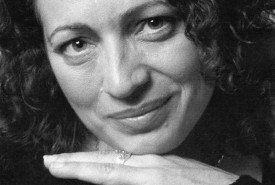 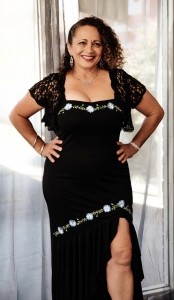 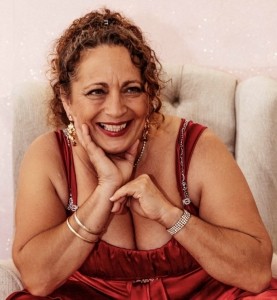 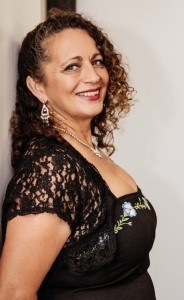 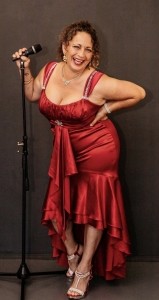 Marianne Delaforce - Female Singer - Port Macquarie, New South Wales Event Location: Karumba, Queensland Event Type: Private 4th August 2017
“May to August is a busy time at Karumba Point Sunset Caravan Park. We have many Entertainers at our weekly Get Togethers which are enjoyed by all. However easily the best of the Best was Marianne Delaforce on her “Free Fabulous and 50 Outback Tour” with her dog Elly. Marianne has a truly fantastic voice and has a huge range of songs from Country to all the most popular songs from the 60’s on. Marianne had the crowd up and dancing and involved.” We hope to get her back next year.
Reviewed by: Joe
Marianne Delaforce - Female Singer - Port Macquarie, New South Wales Event Location: Daly Waters Pub, Northern Territory Event Type: Pub Resident Muso 16th June 2017
“Marianne Delaforce is a vibrant and energetic entertainer who is able to engage audiences of all ages. Her voice is strong, pleasant and easy to listen to. She has a wide range of styles to cater for a wide range of audiences. She very quickly became part of the Daly Waters Pub team and was entertaining nightly for audiences ranging from teens to grey nomads. She is professional in regards to all aspects of her work and easily adapted to changes when required. She comes highly recommended and we very much look forward to her return to the stage at Daly Waters Pub.”
Reviewed by: Robyne Webster
Marianne Delaforce - Female Singer - Port Macquarie, New South Wales Event Location: King Ash Bay, Northern Territory Event Type: Club 8th April 2016
KING ASH BAY FISHING CLUB “I have been fortunate enough to have known Marianne in a professional capacity whilst vice president of King Ash Bay Fishing Club over the past two years. Marianne performed at our club in July 2014 and was an immense success. I approached her again to perform at our biggest event of our calendar which is our Easter Classic fishing competition. Marianne’s repertoire is immense and her presentation outstanding delivering beautiful vocals and great banter with the audience.
Reviewed by: Geoff Hulm
Marianne Delaforce - Female Singer - Port Macquarie, New South Wales Event Location: Port Macquarie, NSW. Event Type: Port City Bowling Club 14th July 2009
Marianne has performed at the club on many occasions with her solo show and with a band. Marianne’s bubbly personality shines through in an entertaining show with songs from many era’s. Her onstage interaction with the audience is fantastic and she sings with emotion, passion and her delivery brings every song to life, the crowd love her and there is always a packed audience whenever she performs. Marianne is an amazing performer with such a love for what she does.
Reviewed by: Rod Wilson