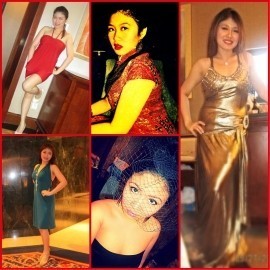 I am a vocalist with an 8-year experience of singing profession. I was assigned in Shangri-la Cina and Sheraton Shenzhen hotels. I can sing live bands, acoustic, solo, and different genres. I'm delightful to work with other singers and perform again! :-)
: 0786723XXXX Click here to reveal
full number

I started singing by the age of 7. I inherited my love of music from my father who's also the singer in their batch in secondary school. He was the one who empowers me and encouraged me to pursue my singing. He and my mom would balways train me to sing properly and bring the best that I can do in singing, probably they see that I am quuite good at it. I was always asked to perform in our school events and joined small competitions in our village and nearby towns. As I grew up, my musical capability began to improve. My musical influences are Mariah Carey, Whitney, Cristina Aguilera, Celine Dio ... n, and Liza Minelli. As commenced my professional singing career when I was 16 years old, when a resident band of a restaurant spotted me performing as one of the contestants of the competition being held in the same place. They were quite impressed with my performance so they asked me to replace their other vocalist as she took another job oveerseas. From then on, I started to perform with different popular bamds in our area, and even hired as musical entertainment of some local celebrities in my country. I sing in various ocassions like parties, weddings, and special events.