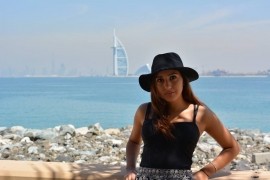 (no reviews)5.0
Country: Argentina
Based In: UAE, Argentina
Performs: Worldwide
From: Contact

I am a professional singer/vocalist who has performed in five star hotels in the United Arab Emirates and a plethora of venus across Latin America.
: +549 351389XXXX Click here to reveal
full number

I am a professional singer/vocalist who has performed in five star hotels in the United Arab Emirates and a plethora of venus across Latin America.
My abilities allow me to be able to adapt and perform a wide variety of musical styles including but not limited to, Latin, Jazz, classic rock and Top 40.
I uphold a professional persona and appearance at all times and always perform at a high standard. 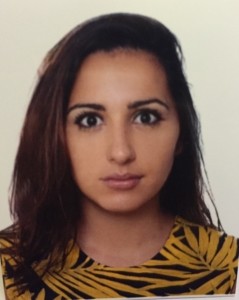 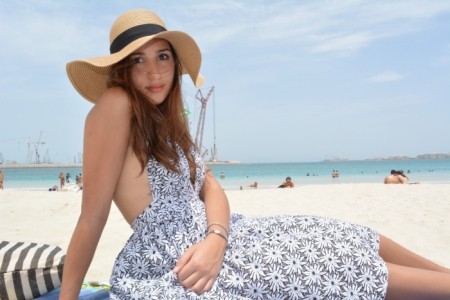 2010-2014 Multiple presentations as a solo artist in “Teatro Maipú” in the city of Córdoba (Argentina).
 PERSONAL DETAILS
Age: 21 Marital Status: Single  e-mail: mikaa.carrizo@gmail.com
    
Multiple presentations with the choir “Vocal One” as a contralto.  Multiple gigs as a solo artist in weddings and private events. Gigs in “Memphis Social Bar” under the production of “Zumbido
Producciones” with live bands of rock/pop and jazz genre.
Gigs in “Camino Custom Bar” with live band of Rock/Pop/Jazz
Founded “The Road Jacks” band (international covers of classic rock/pop/
jazz/blues/latin jazz/latin music). Multiple gigs inside the City of Córdoba (Argentina)  Gigs as a guest singer with the band “Maldita Lollipop” (international
covers, genres such as blues/classic rock)
References: Facundo Morcilla (producer) +549 351 4479215

I am Bilingual.
I can sing in english and spanish with native accent in both languages.