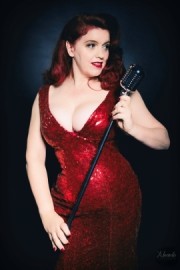 Miss Em is a compelling, sizzling performer who will transport you back to the charm and chutzpa of the golden age stars such as Judy Garland, Lucille Ball and Rita Hayworth.
Delivering her songs with powerful vocals and fabulous wit. This irrepressible showgirl holds audiences in the palm of her hand whether it be charming them with wartime standards, belting out a rousing singalong, teasing them with her sassy numbers or sending chills with beautiful torch songs. Miss Em has a wealth of material covering decades and genres from the 30s, 40s, 50s and 60s
"Absolutely marvellous” Vanes ... sa Feltz BBC Radio London "Simultaneously sizzled and charmed” The Metro
“That Girl’s got some pipes, and we can all see where she keeps them” Gene Simmons Kiss
Miss Em has performed around the world at venues such as The Sydney Opera House, Planet Hollywood Las Vegas, Amsterdam, Geneva, Mallorca, Nice, Paris. The Isle of Wight Festival, The Hippodrome London, The Savoy Hotel, The Hlton Hotel London and Birmingham, The Speigeltent, BBC Carfest, The Goodwood Revival, Twinwood Festival, Café de Paris, The Hippodrome casino, L’Escargot London, Soho House and many others
Miss Em has also appeared in many West End Musicals and tours (inc. Grease, Good Rockin’ Tonight, Buddy, The Rocky Horror Show) 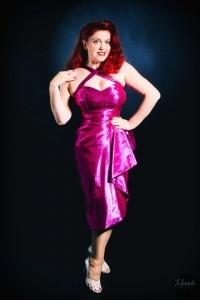 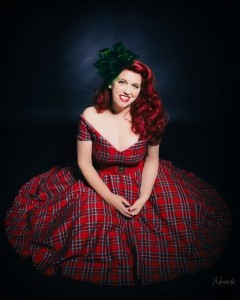 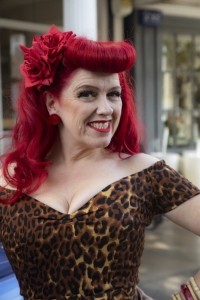 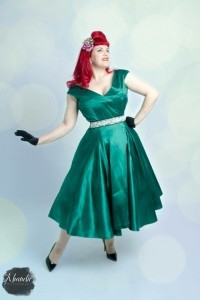 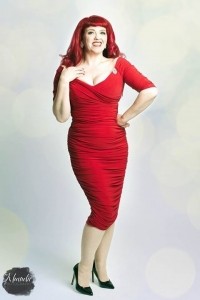