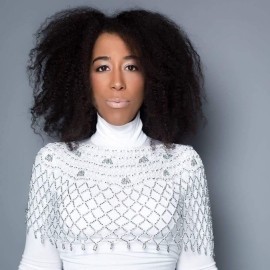 When contacting this member, please state that you are viewing their Entertainers Worldwide profile.
Request a Quote
Share this Page:
Profile Views: 1241
Report this profile

Noël Simone is a live versatile performer and class act. She has performed on stages from Italy to NYC to New Orleans to L.A. Noël is a lead vocalist as well as musician. Noël is a songwriter and can play multi instruments that she teaches such as piano and guitar. Noël sings and speaks in other languages such as Spanish, French, Italian and Portuguese, and has sang in Cantonese , Russian as well as German.

Jazz Setlist
A Nightingale Sang In Berkeley Square
Agua de Beber
Aguas de Marco
Ain’t Misbehavin
All the things you are
Autumn leave
Body and Soul
Butterfly
C jam blues
Sophisticated Lady
Corcovado
Desafinado
East of the Sun
Feelin Good
I can’t help it (Michael Jackson)
I love you
Just friends
Love for sale
Lover, come back to me
Lullaby in rhythm
Lullaby in Birdland
Lush life
Mac the knife
Mas Que Nada
Moanin
Moody’s mood for love
My funny valentine
Nature boy
Nica’s Dream
Night and Day
Once I loved
One note samba
Over the rainbow
... September in the rain
So nice
Social call
St. Louis blues
Summertime
Teach me tonight
Wave
You stepped out of a dream
At last
Songs for setlist RnB
Mary j Bligh can’t b without you
Sade I’ll be there
Sade smooth operator
En Vogue Hold On To Your Love, Let Go, Something He Can Feel
Sending my love to ya
Aretha say a little prayer, Think,
Michael Jackson
Tamia So Into You, Stranger In My House
Lauren hill That Thing, X Factor , Zion
Guapele closer to my dreams
h.E.R Best part
Dangelo I’m in love with you , how does it feel
Daydreaming Aretha
eryka badu Apple tree, bag lady, window seat
Nelly Fertado- I’m like a Bird, Say It Right
Unpredictable Green Day
Billie Jean Michael Jackson Latin
Jamming bob Marley
How does it feel dangelo into best part her
Hopeless Romantic Wiz Khalifa
Location Khalid
Good life and Coming home again Kanye
I like it like that Cardi B
He loves me Jill Scott into Dangerously in Love Beyoncé Speechless
India A Rie - Brown Skin, I am not my hair
Classical
Giunse alfin il momento.. deh vieni non tardar Mozart
Gualtier Malde...Caro Nome Verdi
O had I Jubal’s Lyre Handel
Summertime Gershwin
Negro Spirituals

Noël Simoné Wippler is a Soprano, multi-instrumentalist, dancer , actor, songwriter born and raised in Harlem, New York City. Noel performs in genres from Blues to Soul, Jazz to Funk, Salsa to Opera, Hip Hop to Musical Theater, and from Hard Rock to Gospel! Her original music can be heard from her guitar or piano to a full live band.
Noël Simoné Wippler won the 2017 Siena Jazz Vocal Scholarship, Grand Prize in the 2016 Jazz of America: Mid-Atlantic Vocal Jazz Competition and Second Place Prize in the First Annual Duke Ellington Vocal Jazz Competition in 2014.
Noel is a recent ... graduate of Nyack College NYC Campus on full scholarship studying Vocal Performance in Classical voice with Dr. Dana Talley, BM In May 2017. As a classical vocalist, Noël was the premier soloist to sing Victoria Bond’s “Dew,Precious Dew “ at Lincoln Center and Mozart’s Requiem as the Archangel Gabriel in 2016-2017. In 2018,Noël is leading her own chamber music group to perform the likes of Mozart and Debussy around the NYC area. Noel's theater works include lead Charmaine in “Ain’t Misbehavin” at APAP 2018 with Irving Street Rep, and "ANITA" in Nyack College's 2-week December 2016 production of Leonard Bernstein's West Side Story at off-Broadway American Theater of Actors in New York City.
Noel is a freelance vocalist performing in various bands as lead vocal, leading jam sessions in the NYC area, as well as background and arranging multi-lingual vocals for various recording projects from Latin music in Spanish, Portuguese, French, and Italian. Noel's original song writing project "Band of Friends NYC", a 7-piece band that performs in the NYC area, were recently accepted to perform in the 2017 Mid Atlantic Jazz Festival, and 2016 Harlem Arts Festival .
Noel is also leading a project called "Ladies Edition", which features an all-female line-up of the best musicians from the NYC area, of which have been featured on TV on MNN2 as well as The Women In Jazz : Lady Got Chops Festival in 2015-18 . Noël has released a recent Andean fusion album with NY based band Inti and the Moon, of which she sings in Spanish and Portuguese. As lead vocals and songwriter collaborator in Hard Rock/Alternative band Jack Ross: Most recently released an Rock/Alternative album called "Mirrors", a songwriting collaboration album released in disc and EP form on Soundcloud with the band Jack Ross, of which is performing in the NYC and Virginia/DC areas. Wippler has in 2015 released an original album called "My Life" released on iTunes .
In Summer 2015, Noel released a jazz standards album released on CD Baby and in disk form called " Jazz Standards". 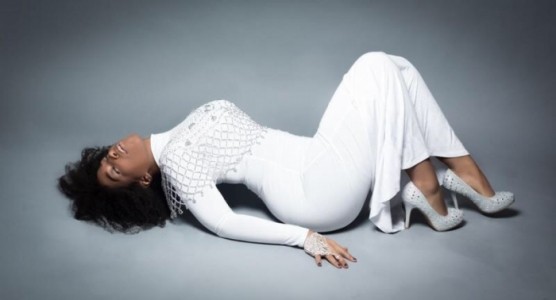 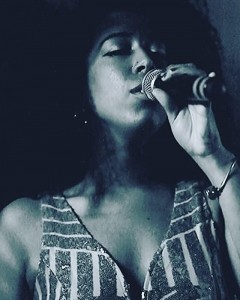 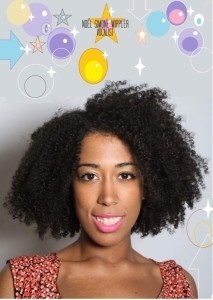 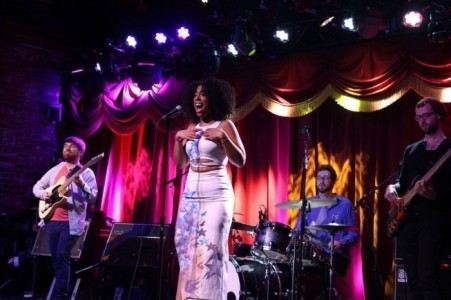 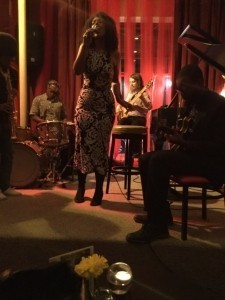 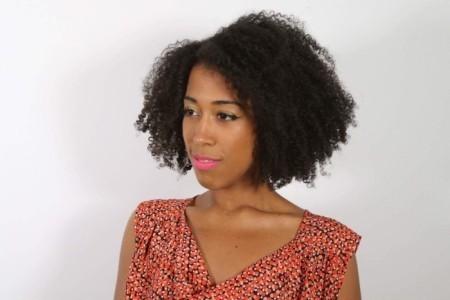 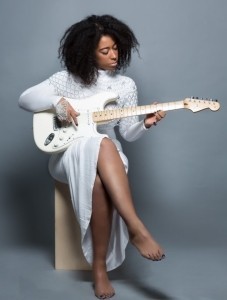 Noël Simoné - Female Singer - San Diego, California Event Location: NYC Event Type: Lincoln Center,Nyack College 18th September 2018
Nyack College NYC ‘s Noël Wippler...Simply Grand http://www.nyack.edu/blog/NyackNews/2341 Nyack New York City campus music student, Noël Simoné Wippler, is the first place winner of the Mid-Atlantic Jazz Festival vocal competition. In addition to her trophy and a $2,000 grand prize, she and her group, Band of Friends NYC, will be featured in a 2017 performance. Born and raised in Harlem, Noel (pictured center at mic) began studying piano at the Boys and Girls Harbor Conservatory at the age of six and began performing at the young age of eight. She continued singing in local churches, choirs, dance, and open jam sessions which led her to musical theater studies at American Musical and Dramatic Academy New York and majoring in vocal performance at Nyack College School of Music. Passionate about a variety of genres—jazz, classical, R&B, and rock—a broad spectrum of opportunities allowed her to use her gifts. In 2013, Noel began to work with jazz pianist Lafayette Harris J ...r., who was responsible for her first "gig," and who introduced her to musicians Paul Beaudry, Lonnie Plaxico, Will Terrill, Houston Pearson, and Rome Neal. She sang a variety of Donald Byrd tunes with a small vocal group and band at the Dr. Donald Byrd Tribute at St. Peter's Church as well as at Abyssinian Baptist Church accompanied by jazz great Herbie Hancock. In 2014, she successfully competed in the First Annual Duke Ellington Vocal Jazz Competition, winning second place. She has played with Inti and the Moon at Queens Library, at the Iridium with the Blues Ambassadors, Festival Du Monde in Montreal with Dahka Band, and most recently at the Brooklyn Bowl with Jack Ross . In 2015, Noel released three different albums including one of her original music, another of jazz standards accompanied by guitarist Solomon Hicks, and lastly, her songwriting collaboration with dynamic NY-based band Jack Ross. She debuted on the stage of Lincoln Center Avery Fisher Hall with the Nyack College Jazz Band last spring and also performed with the Nyack College Chorale in guest conductor Victoria Bond's debut of "Dew,Precious Dew,” a commissioned work. Outside of her studies at Nyack, she is a freelance vocalist and bandleader of "Band of Friends NYC", which performs around Manhattan and the Tri-State area. She has graced the stage of Harlem venues such as The Lenox Lounge, Paris Blues, SHRINE, Village Underground, and recently Gin Fizz. Enjoy performances by Noel here. The Nyack College campus community congratulates Noel on her latest outstanding achievement!
Reviewed by: Nyack College
Noël Simoné - Female Singer - San Diego, California Event Location: NY Event Type: Video , Studio Recording , Event 6th April 2018
Noël Wippler unbelievable Vocal Talent Read review here. https://www.instagram.com/s/aGlnaGxpZ2h0OjE3OTI5NTg1ODU4MTA3NDAz/
Reviewed by: Prime City Music Company 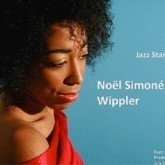