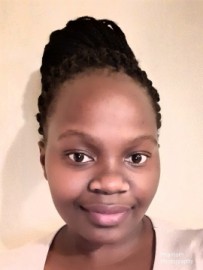 (no reviews)5.0
Country: South Africa
Based In: Pretoria, Gauteng
From: R3500

I am 22 year old singer from South Africa. I have multiple expirence of performing in restaurants and on stage. I also take part with my local youth theatre and have done a couple of shows with them. The genres I am able to sing are pop, rock, rnb and musical theatre.
: 081216XXXX Click here to reveal
full number

First when I begin to perform I'll start with a pop music. I normally would Top 40 music just so I know people are familiar with them. Then I move on to singing the 2 classic songs. Here I like to get in the crowd and interact with them. Then for the last bit its a bit more upbeat, the two classic rock songs and one musical theater. Not many people know it but it's one of my favorites.

1. Try By Pink
2. Mercy By Shawn Mendes
3. You Don't Own me By Lesly Gore
4. I'd Rather Go Blind By Etta James
5. Dead or Alive By Bon Jovi
6. Almost There By Princess and The Frog Original Disney Film
7. Don't Stop Believing By Journey
But I am always willing to sing others songs.