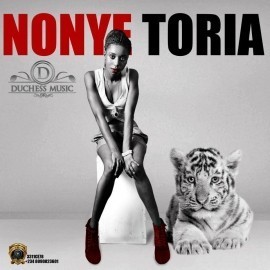 Victoria Nonye Okocha aka Nonye Toria was born and raised in Lagos till she left for England at age 13. Music has always been a part of her life since childhood, Nonye started in Sarafina Musical when she was in St Dominic’s Primary School, joined a Mo-Town band at East Berkshire College Langley, UK in 2006 where she performed covers from The Temptation, Johnny Cash and Old school Blues.
Nonye later went on to perform for the Queen of England 2008 from her performing Arts School, the musical she was performing at that time was called “GodSpell” and her number “Day by Day” was the ... Queen’s favorite.
Later that year, Nonye also appeared in Britain’s largest soap opera “East enders”. Nonye appeared on a few episodes as well as a lot of musical productions and performed in quite a number of shows.
Coming back to Nigeria August 2011 was the best decision she could make; she was fresh, innovative and had a creative sense. She spent three months in Liberia working with IEDA Relief (International Emergency Development Agency) as she enjoys the Humanitarian services.
Nonye Toria believes in the spirituality of music and its uses to heal the soul and to heal the earth.

Live shows, Band, Performing for the Queen of England