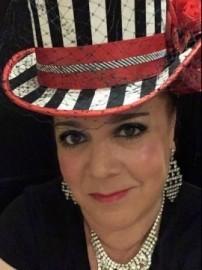 (no reviews)5.0
Country: United States
Based In: USA, Arizona
Performs: Worldwide
From: Price Varies Depending Upon Show

Paulette is a former lead in some of the most famous musicals including Broadway, plus she imitates almost 50 top voices from Streisand, Merman, Cher, Tina Turner, Donna Summers, Gloria Gaynor, Karen Carpenter, Patsy Cline to even The Four Seasons and The Bee Gees.
: 928 277-XXXX Click here to reveal
full number

When contacting this member, please state that you are viewing their Entertainers Worldwide profile.
Request a Quote
Share this Page:
Profile Views: 240
Report this profile

Paulette's show can run from 60 to over 90 minutes depending upon what you are looking for. It consists of over 1 dozen vocal impersonations with quick costume changes. She doesn't imitate any voice just to catch an intonation here and there. She always nails the voice being mimicked.

Played the leads in Cabaret, Chicago, Gypsy, Anything Goes, Annie Get Your Gun on the California stage and Mame on Broadway. Paulette also starred in non musicals such as the female version of The Odd Couple. More recently she played the hotel/casino in our town many times, The Scottsdale Center For The Performing Arts, The Palace, The Elks Theater, The Palm Ridge Rec Center where they hold 60-80 shows per season. She played for various private parties including political groups and for various military organizations, earning the prized FORSCOM Award from the military for entertainer of the ... year. She starred in Las Vegas over Labor Day 2019. 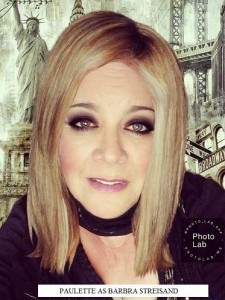 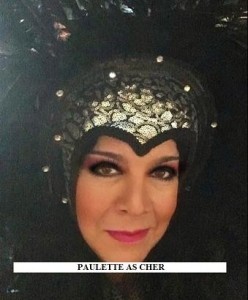 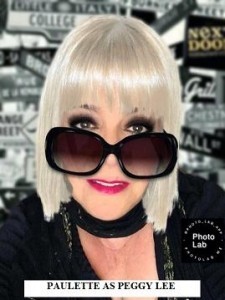 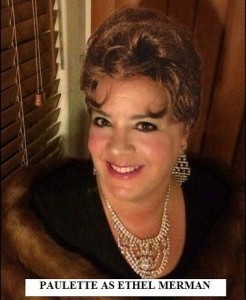 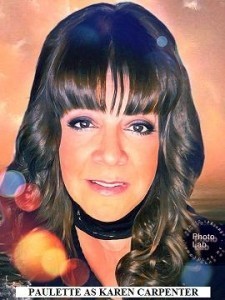 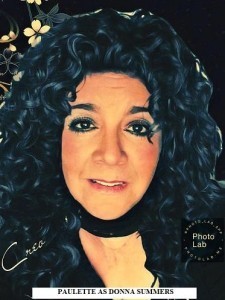 While starring in musicals, Paulette had some big name stars in her audience: Clint Eastwood, John Travolta, Sylvester Stallone, Kim Novak, Joanne Worley, Joan Fontaine, Doris Day and Neil Simon who convinced her that she belongs on Broadway. She also performed in a private party for Steve Nathanson, former president of The Screen Actors Guild. The Palm Ridge Rec Center in Sun City West holds 60-80 shows per season, but Paulette's show set a record, selling out all 324 seats in under 5 hours. Performing for a retired military officers dinner, she did a few impersonations but the second half ... of the show was made up of touching songs that soldiers would appreciate. She received a standing ovation from them including from WWII vets who struggled getting up from wheelchairs.

The Elks Theater is an old western theater from the 1890's and is the largest in Prescott AZ.
The Palace is an old fashioned western saloon also from the 1890's, that holds 1 or 2 shows per month.
The Prescott Resort/Casino doesn't have an actual theater, so they set up a large conference room with a riser for a stage but she also played their lounge.
The Scottsdale Center for the Performing Arts is a first class theater where Paulette starred in Divas On Broadway-An Evening with Ethel Merman and Barbra Streisand
Las Vegas where her show was The Great Impression where she imitated al ... most 20 different voices.