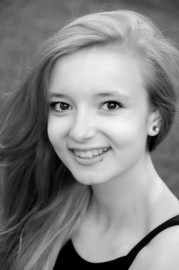 I am an 18 year old female from Wales. I am able to sing in many different syles and genres, and am able to pick up vocal melodies quickly. I have been requested to sing at many different events around my local area, incuding, award ceremonies and carnival crownings
: 0753227XXXX Click here to reveal
full number

Currently, I am performing at varying venues and so my 'act' varies accordingly, but overall I play a mixture of covers and original songs which I accompany acoustically on guitar.

I am an 18 year old girl, and am just finishing a Level 3 Extended Diploma in Music. I have a lot of experience performing in public, having done so regularly since the age of 9. I have played in a number of pubs and venues across Anglesey and North Wales. I have a long history of involment in amature theatre and performing on stage. I have been requested for a number of things such as carnival crownings, apprenticeship award ceremonies, and a film premier for a local production company.

I have been performing on stage in front of an audience since the age of 9, with an amature theatre group. I have also played in a number of pubs and venues around Anglesey and North Wales. I have been requested to play a number of events, some of which include carnival crownings, apprenticeship award ceremonies, and a film premier for a local production company.