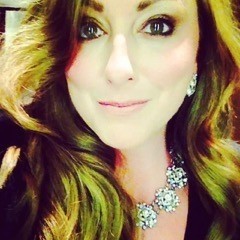 Can tailor each show to your specific requirements and needs. Have a wealth of material and genres to choose from. Tailor Make your experience!

On With The Show!
Don’t Rain On My Parade
Moon River
Big Spender
The Man That Got Away
Zing went The Strings Of My Heart
You Made Me Love You/For Me and my Gal – Swing Medley
Send In The Clowns
Money, Money, Money - ABBA
The Way We Were
Don’t Cry For Me Argentina
The Impossible Dream
ONE NIGHT ONLY!
One Night Only
When I Fall In love
River Deep
Bewitched, Bothered and Bewildered
What Kind Of Fool Am I – Linda Eder Version
Make You Feel My Love
Dancing Queen/Mama Mia/The Winner Takes It all
The Rose
Simply The Best
If You Love Me
Yentl Fin ... ale – Striesand –

As a 2001 graduate of the London Musical Theatre College 'Arts Educational,' Carrie has already had a successful and consistent career within Entertainment & Theatre. Even before graduating she played the lead role of 'Emma' in 'Tell Me on a Sunday' by special request, in a Private Event for the show’s lyricist Don Black. Following this, Carrie was selected from hundreds of applicants to compete with performers from 'West End,' 'Broadway,' and Worldwide, in BBC Radio 2's 'Voice of Musical Theatre' competition, where she successfully made it through to the Semi- Final stages. Carrie then join ... ed the Cast of ’Masters of the Musicals' on their No.1 Theatre Tour of the UK and Ireland, performing with many West End Stars. Whilst performing the show at Birmingham's 'Hippodrome Theatre' Carrie was approached by a Producer who saw in her the talent he needed for his new show in America. She then became Principle Vocalist in 'Spirit of Broadway' which saw her performing in wonderful venues across the United States, including The Hard Rock Hotel & Resort, Las Vegas and her own weekly ‘Leading Ladies’ Cabaret at The Four Seasons Resort Las Vegas. Carrie has appeared with Dame Shirley Bassey’s Musical Director Mike Dixon in another private event for Don Black, and on 'Jane McDonalds 'Star for A Night' Television Show for ITV1.Embarking on her first Cruise Line in 2005, she knew variety was definitely alive on the high seas. She was performing in state of the art theatre's, surrounded by luxury and travelling the world. It was the perfect platform for her to develop her solo Cabaret Shows. Carrie's Cruise Line credits include many lines: P&O, Costa, Princess and Seabourn. Resident Guest Vocalist on small luxury yachts Windstar and Paul Gauguin.
She continues to appear as a Successful Solo Headline Entertainer Performing her many varied Cabaret Shows, bringing the Music of Theatre, Stage & Screen, Jazz, Big Band, Swing and her “Leading Ladies” and “One Night Only” critically acclaimed Solo Show’s, offering Guests a varied and exciting program to look forward to, enchanting audiences with her Emotional Performances and Powerful Welsh Voice. 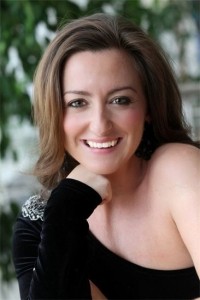